I want to find out how much drag a bug wipers will add to a glider flying at various speed from 25 to 50 m/s.

Before simulating the actual wing and wiper I decided to see if simulations return a value close to a theoretical value for a sphere which I have calculated using the formula: F= 0.5* density* velocity squared coefficientarea which gave me F=0.51.196530^20.47PI*0.025^2=0.4897N

I have uses k omega sst simulation but I am not sure about the following:

Hi witor,
answers to your questions.

I hope I could help you with your question.
Best regards
Sebastian

Thank you for your advise

I think I successfully simulated a sphere so I moved on tho the actual task which is to find the relationship between increase in drag and speed of a wing with a wiper ac compared to a wing without a wiper.

My plan is to simulate wing and wing with a wiper at a given speed and then calculate the difference between two drag values. I did this for wing and wing with wiper at 30m/s which gave me reasonable drag coefficients. When I tried to repeat the simulation of wing with wiper at 40m/s, after initial fluctuations drag coefficient somewhat stabilize, but then after more iterations it started to increase again. Trying longer run (1000 instead of 200 iterations) resulted in an error and unfinished simulation.

Could you please have a look at my wing + wiper 40m/s simulation and advise me on what I could do to get the simulation to finish without an error and meaningful result? I just need 2 more sets of data - drags at 40 and 50 m/s.

seems like the problem is around the trailing edge. The point mentioned in the error report is here, 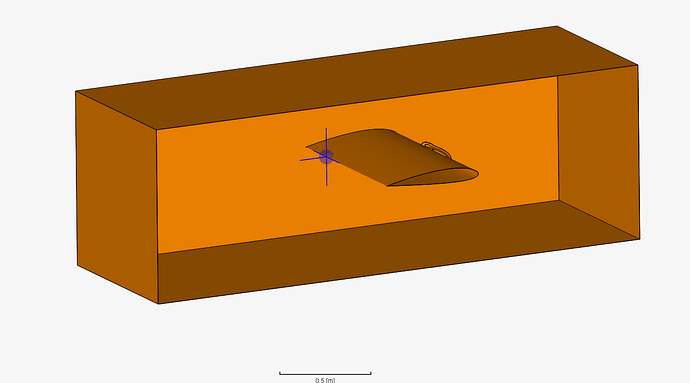 I checked it accordingly to this article, 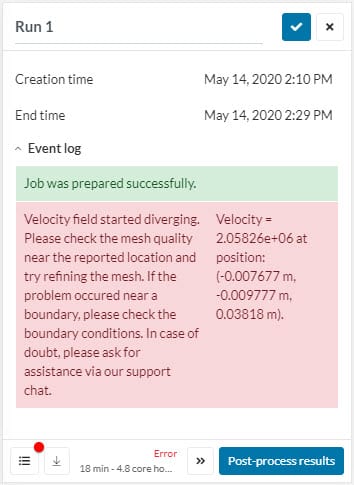 Divergence in Simulation: How to Tell When and Where? | SimScale

This article explains how and where to detect divergence that starts appearing at a particular time in a given simulation.

Please try to refine the mesh around the wing and the trailing edge, as described here.

If you continue to have this issue you can also try to switch to the hex dominant mesher.