Seismic analysis refers to the calculation of the behavior of a building or a structure in general, under earthquake loading. A common computational approach is to study the effect of the acceleration spectrum of an earthquake onto a structure.

This can be achieved in SimScale by utilizing the Base Excitation boundary condition in the Harmonic Analysis.

Typically, a structure has to comply with certain Seismic Standards, based on the application, which guarantee that it will perform acceptably under specific required response spectrums (Acceleration vs Frequency). 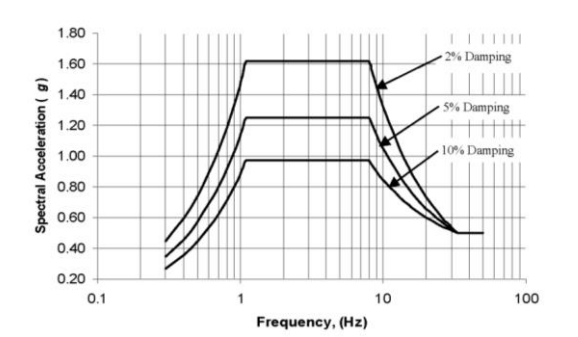 It is quite typical, in such analyses, to also account for damping. The damping can be applied via a damping ratio which in this case, stays constant through the the whole excitation frequency range. To apply constant damping you can use the Hysteretic Damping in the Material Properties. 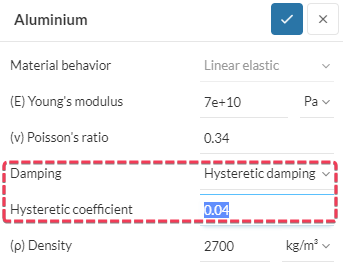