After focusing more time on getting the porous media results to match the simulated radiator results, I have found some areas that are unclear. The first calculations of the Darcy Forchheimer coefficients have been recorded using alpha and beta values from the curve fit polynomial. The problem lies in the fact that removing the Y-Intercept changes the alpha and beta values in the equation. Doing so results in the following equation:

This results in the following coefficients for the porous media

I then ran two straight on porous media tests with the velocity and pressure drop data to relate to. This test was done with the following settings 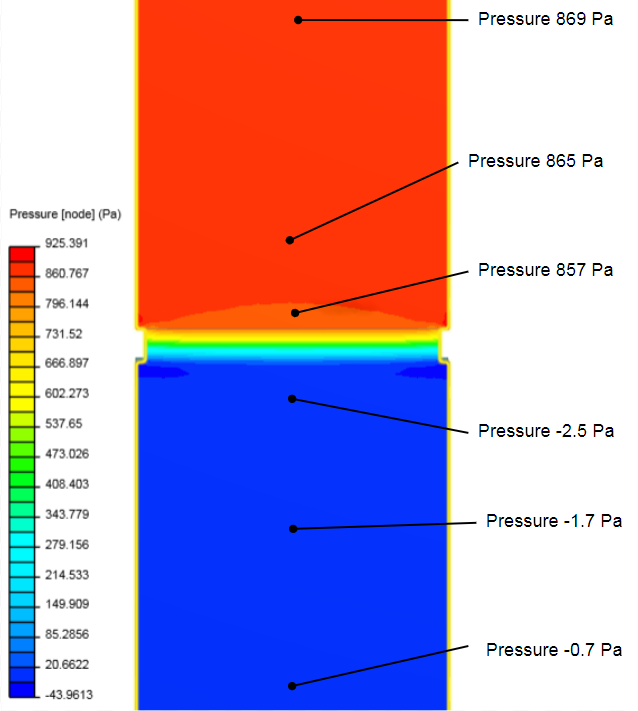 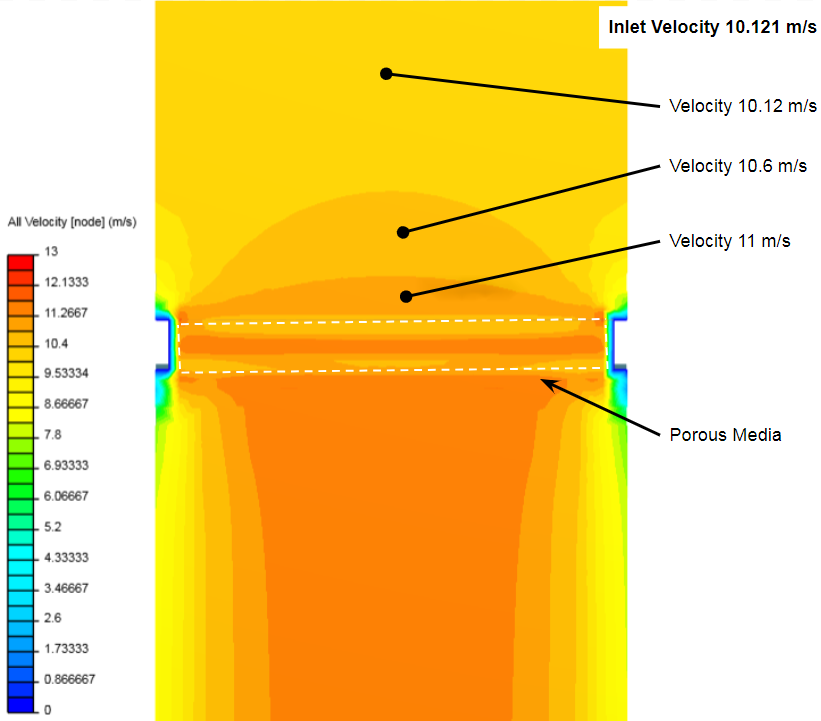 The second radiator run was done using the same velocity settings as the first run (10.121 m/s). However this time the curve fit equation was slightly changed by adding the Y-Intercept selection. This gives the full equation, and with the Y- intercept ignored a new alpha and beta result. Which results in the equation.

This gives the following coefficients 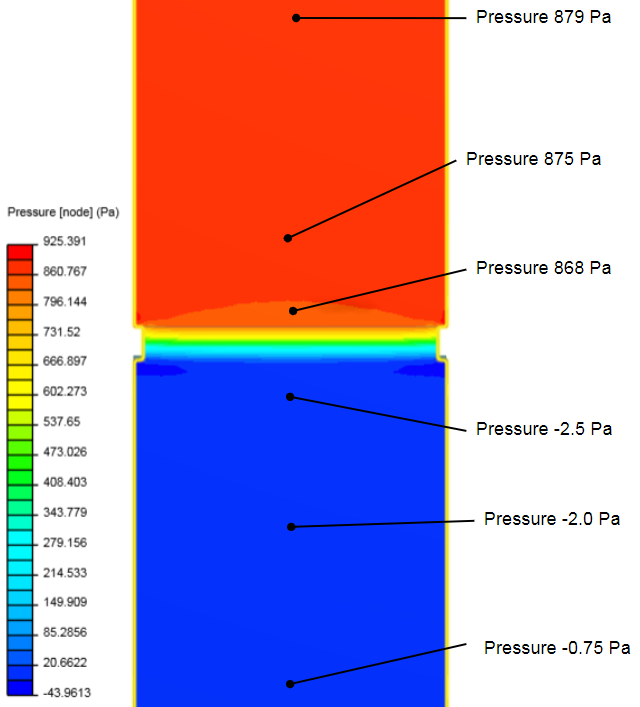 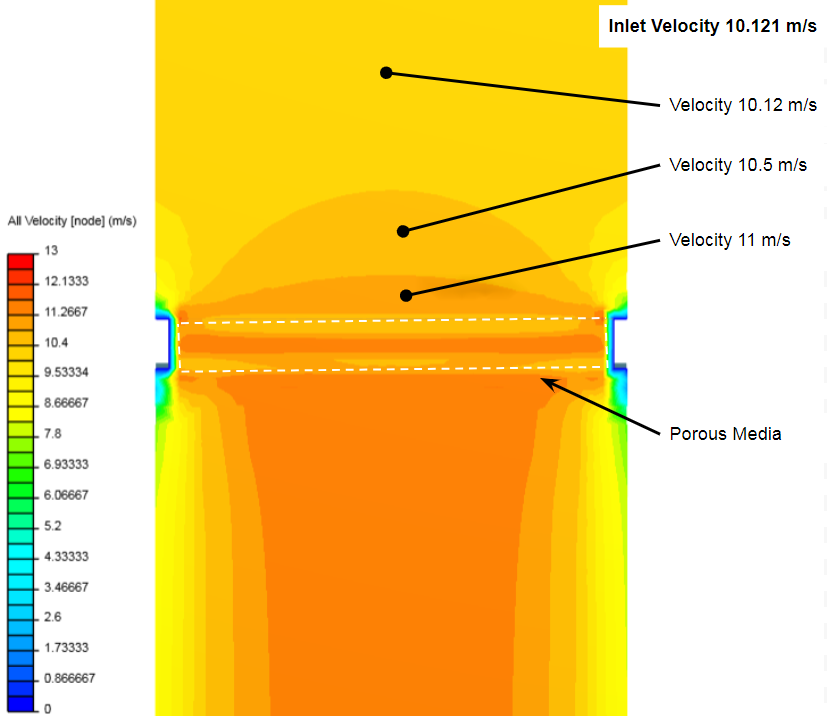 Next I decided to simulate the radiator at the 50 degree angle it will be positioned at on the car. The results from these simulations provided better coherence to the actual data, which makes me think this was taken into account with the real radiator simulations. The first sideways radiator run was done using the same alpha and beta results WITH the Y-Intercept values kept and again using the same coefficients.

Now there are some questions along with my setup of these tests. 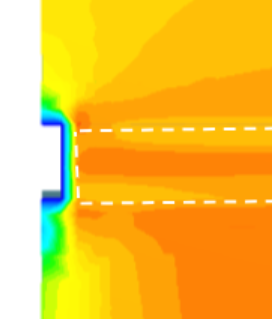 This velocity profile is interesting. I’d say it’s likely related to these big surface cells that you have. y+ should be quite high here and the BL profile is not being captured appropriately. Remember that wall function bridges (models) the cell center to the surface.
The rest of the boundaries look normal because they’re set to slip walls. 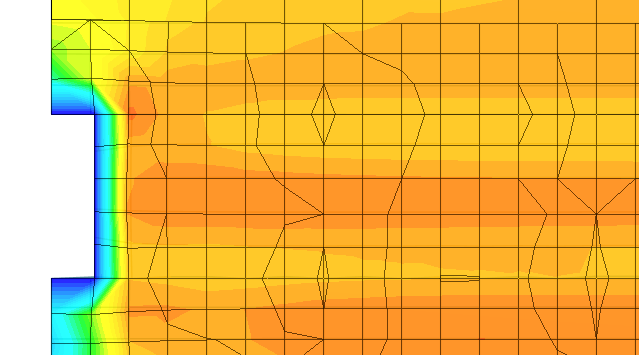 Oh, i thought i didnt need a BL at all because its a porous media? I had everything set to slip walls (even the radiator housing) because i want the data from just the porous media. I wanted to do a BMB with only the media but that didnt mesh well. Also do you use the free standing zone faces? 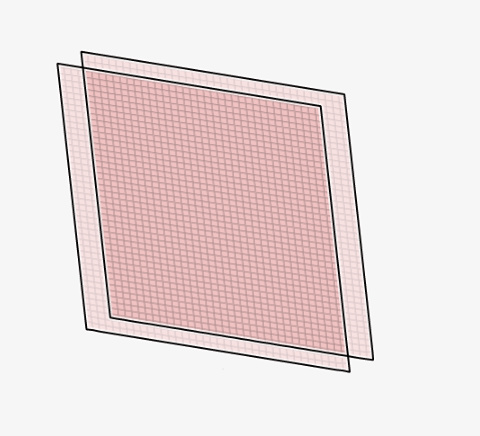 With this option ON it looks like a normal volume 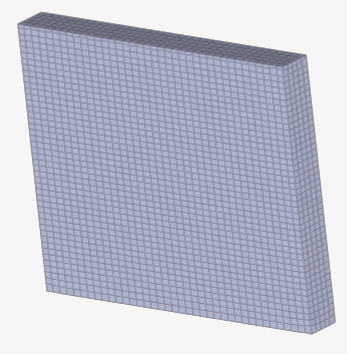 also speaking of velocity Profiles looking funny, on the 50 deg media test, i added a housing that tries to influence the flow as llittle as possible. The left arrow is an area of concern for me because this is an anisotropic media and the flow seems to be moving not so parallel with the medium. Is this my error or normal?

I have also tried a run with the whole setup, porous media, radiator exhaust into fans with MRF zones. The fans appear to be working but my particle traces dont seem to be going through the porous media. The settings are the exact same as the closed wind tunnel shown above. Any idea on whats going wrong?