how can i plot lift and drag convergence in simscale for a cfd ?

You can add result control items to get the drag and lift coefficients (and some others). 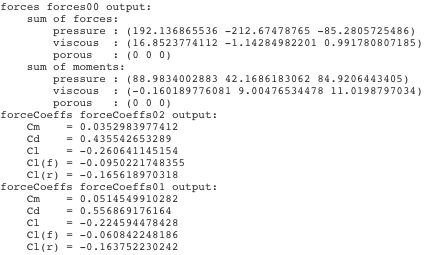 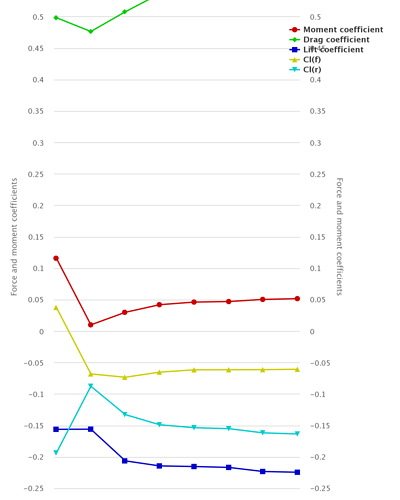 Is that what you were looking for?

2 Likes
How can i get the Cl Cd values in one sheet
Incompressible flow in a wind tunnel
'Drop Capsule 1' simulation project by C0YL3
damiduz February 26, 2018, 3:12am #3

can I get a similar template to check how to do it? I mean setting up the properties

@jousefm can you explain how to get the points to Center of rotation, lift, drag coefficient. Example was not clear

Lift and drag coefficients on the other hand are much more simple to set. They require you to select your surface which you want to calculate the lift and drag coefficients from and then define the direction of the forces. Back to the aerofoil example if you want to calculate lift for an aerofoil at a 0 degrees angle of attack, the lift force direction would be vertically upwards while drag direction is backwards and parallel to the incoming airflow.

On how to set the direction, its a matter of just denoting the which axis is the force direction axis. If your lift direction is in the positive Y axis for example, you just set the X and Z value to 0 and Y as 1. This can applied to all cases.

thanks i ll have a look

Please feel free to open a new post in the project support category with a detailed explanation of your case including pictures and some additional information that might help understanding the purpose of your simulation.