How to keep the layer names in .3dm models imported from Rhino?

Oftentimes, users are interested in importing their .3dm CAD models from Rhino to SimScale while maintaining the layer names that parts had in Rhino. This can be useful in some cases, for example:

Although Rhino allows you to organize parts of a CAD model in layers, the actual CAD parts do not have any names by default in Rhino. Therefore, when importing Rhino models to SimScale, parts will be assigned with a random name (e.g. “solid1”).

For example, let’s consider this simple shell and tube heat exchanger with two volumes (one shell and one tube): 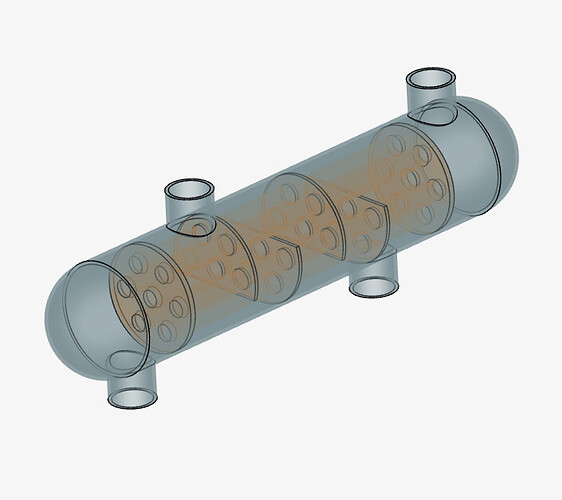 By simply exporting this CAD model from Rhino, the name of the layers will not be maintained: 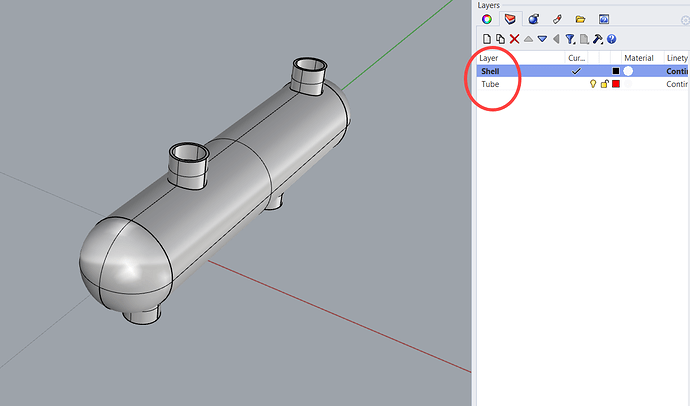 In SimScale, the initial model had its parts automatically named as “solidX”: 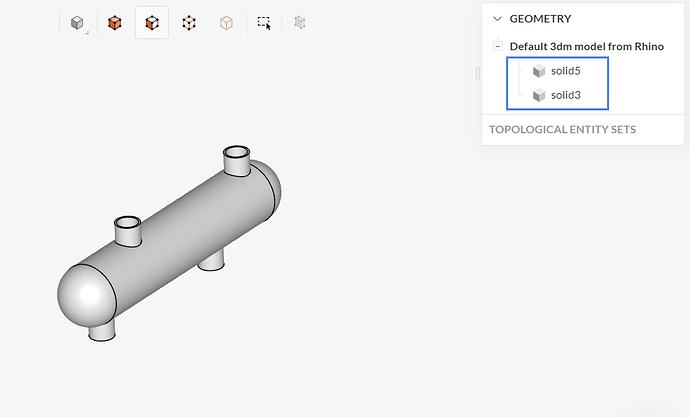 So why are the layer names not maintained in this case?

SimScale fetches the object names from Rhino and uses them as the parts’ names. If you click on a volume in Rhino and use the command What, you will see that parts are not named by default: 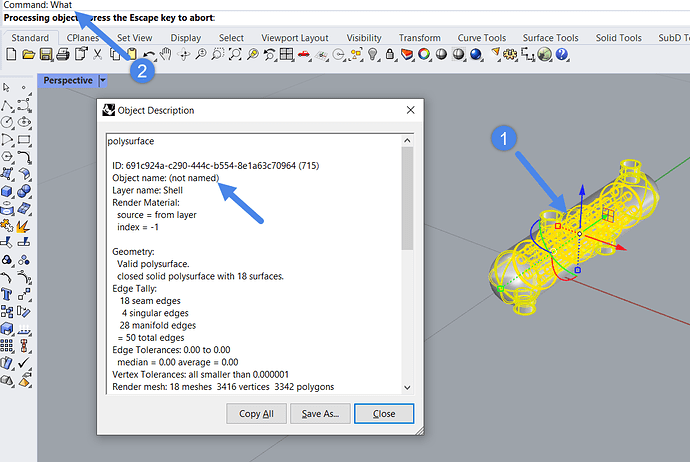 For that reason, SimScale chooses a default name for each one of the imported parts. Rhino allows you to change the names of the objects with the SetObjectName function. For instance: 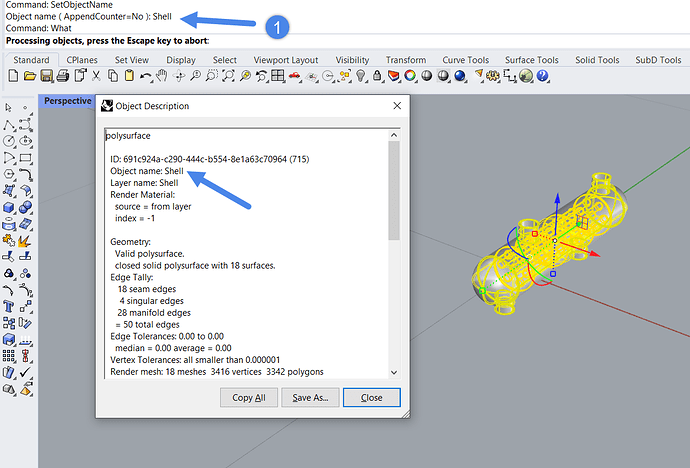 Now that the object name is set accordingly, you can import the Rhino model to SimScale and maintain the desired naming convention.

As a side note, if your layers have too many volumes to select, you can right-click on them and select all objects for a particular layer at once. 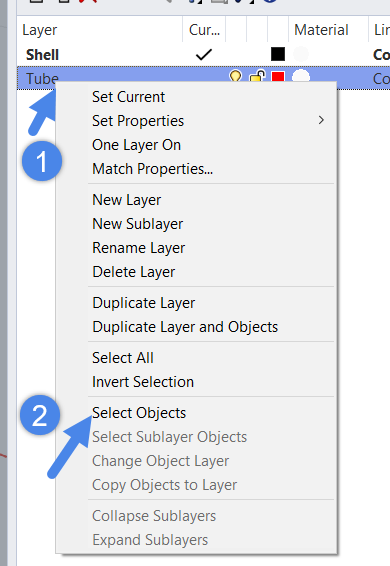 And, as a reminder, by renaming your parts with the NS_ prefix, you will automatically get topologic entity sets in SimScale, which are useful for associativity especially in CHT/IBM studies. 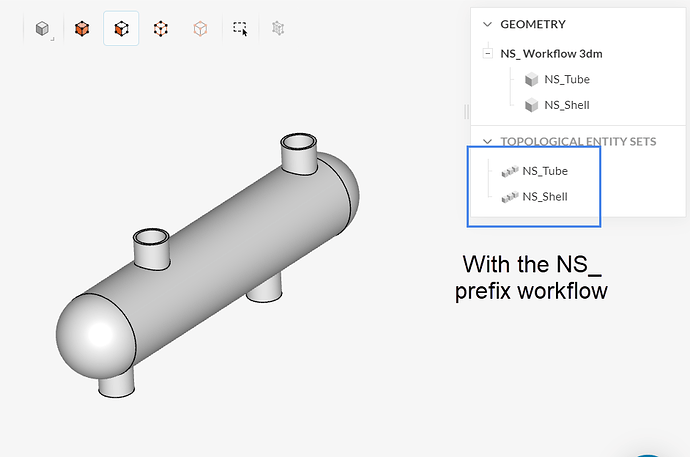