In some specific cases, advanced users may want to import locally created meshes to SimScale. As far as FEA goes, the main mesh format that SimScale uses is .med.

Such meshes are possible to create in tools like Salome-Meca. There are many workflows available, however generally speaking, the process of creating and importing a single mesh to SimScale typically consists of:

The process for exporting meshes of many parts at the same time (i.e. an assembly) is also possible, although it requires some additional steps, covered below: let’s take a case of a plate and a cylinder, where they are initially separate meshes:

Here is view of the assembly: 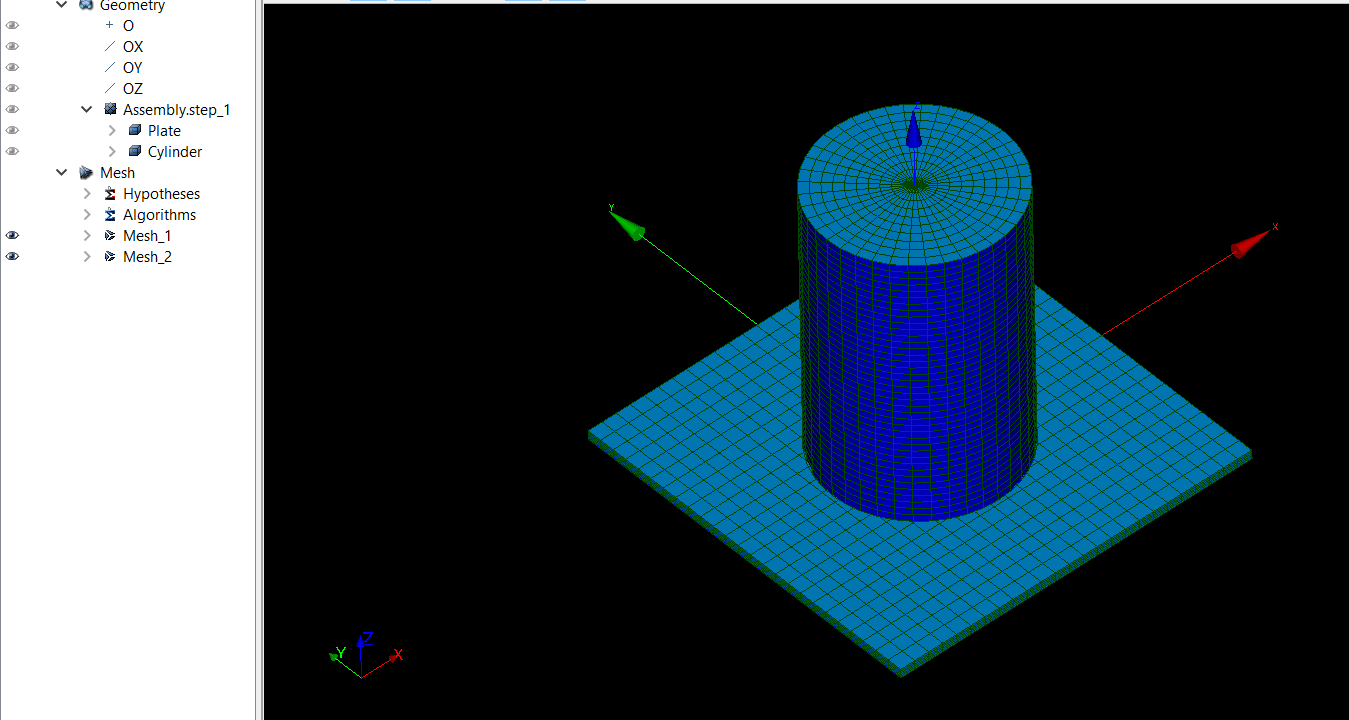 After creating both meshes separately, there’s one additional step needed: a mesh compound needs to be created. This can be done by selecting both meshes and navigating to Mesh > Build Compound: 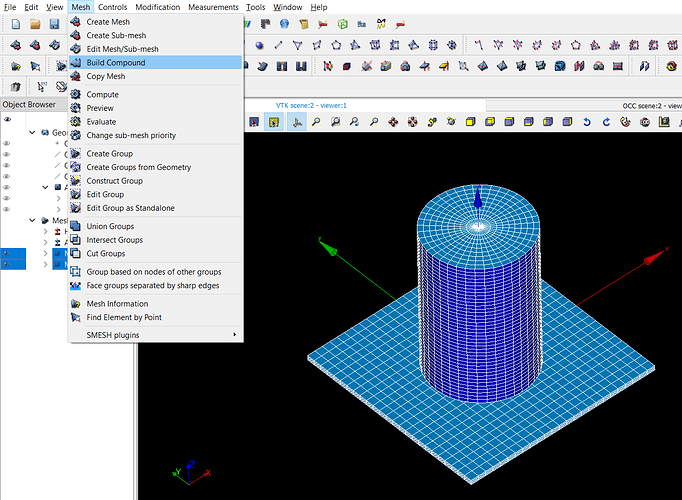 It’s important not to merge coincident nodes, since we would like to have both parts separate from each other in SimScale. In case you have groups of volumes/faces/edges/nodes with the same name in both meshes, using the “Rename” option for “Processing identical groups” can be handy. 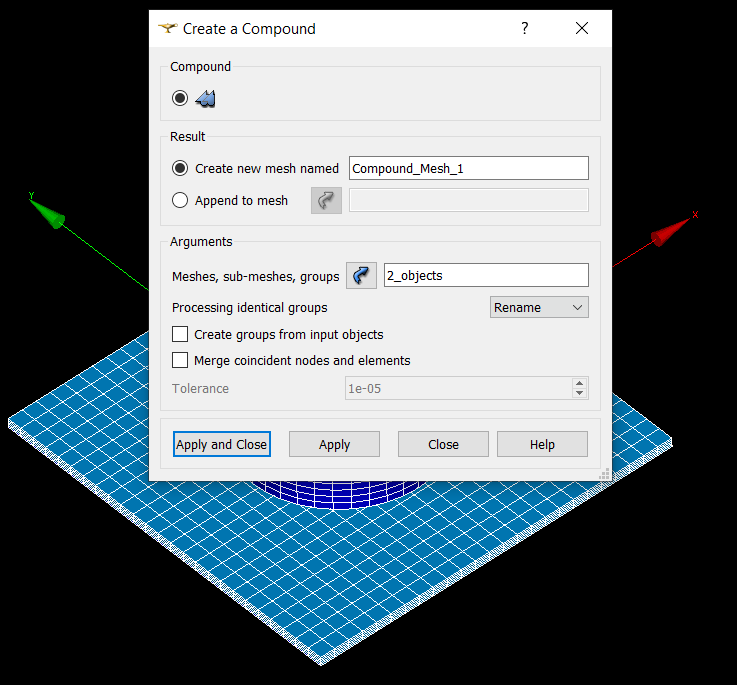 Finally, the compound mesh is exported in the 3.2 or 3.3 .med format before importing to SimScale: