Windload on an Isolated Builiding

Im not sure if anyone is able to help me on this. I am currently a masters student doing my thesis on bench-marking open-source or low cost CFD packages. I am currently benchmarking this case below

It is taken from the validation cases. However I am changing the inlet to allow for a table of values for K that are taken from the following spreadsheet

I am doing this as I need ot be as accurate as possible for my thesis and the validation case used a set fixed value for K to simplify things.
My only issue is that I am unable to run this due to memory limitations, if anyone has the resources or time I would HUGELY appreciate someone running Run 3K in this project. I cant reduce the mesh size as I have been consist with the mesh fineness throughout the other packages.

Good to have you here

Sounds like an interesting case! Let me tag my fellow colleagues @cfd_squad who might have a quick look on this issue. I have no machine nearby and would check later on

Thank you so much Jousef

Hi Calvin, right now I am running your case, I will let you know once I have results.

Cheers Tolga for jumping in here! Let us know how things go, maybe @DaleKramer, @Retsam, @Get_Barried or @anirudh2821998 can jump in in case of an emergency

Thank you so so much, you are honestly a life saver!!

I really can’t thank you enough. Everyone in this community is so incredibly helpful and nice here.

quick update, it takes a bit longer than I thought, so far the residuals 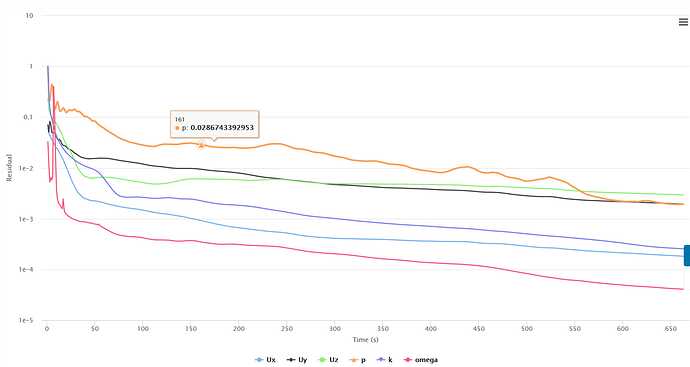 unfortunately it will save the first set of results at 1000, so gotta wait a little longer, what results are you aiming for? You could check if the results at 1000 are accurate enough yet.

Wow are an absolute legend! Ive run a the other packages to 2000 iterations but there was an insignificant difference between the results at 1000 and 2000 iterations and from what I seen K is below 1e-3 which is where I was for the others which is perfect.

Yeah this simulation takes forever! Running locally takes me around 4 days on Code Saturne with 6 cores at 4.2Ghz and 64GB of ram

Also thanks for the kind words @CalvinVW! Would be really interesting to see the outcome and maybe write a nice documentation for this project as it was done for some others like this one right here: Turbulent Flow around City Blocks - in terms of SEO and quality, this FAQ post might help you out as well: Guide to HQ Sim Projects. Let us know if you have any further wishes and concerns

Thanks for the kind words Jousef and Calvin. Calvin right now the project is past 1k iterations and you can see the first results. The project link is here https://www.simscale.com/projects/tcakir/isolated_building__aerodynamic_analysis_2/ , please let me know if there is something I can help with. Also would be great to see the results of your project.

Firstly just want to say a huge thanks again! You really are helping me out hugely as I would have had to cut out this benchmark from my thesis. I will do done with my theis in the next 30 days or so and I will definely send you both a copy, I sure it will also be made public. I will also create a HQ sim project for this particular case.
So far from the online results everything looks great! I will need to see locally on paraview to see its exact performance compared to experimental data I need to make some velocity plots. So once its run through Ill download the case as it currently doesnt let me download.
Once again thank so so incredibly much

Results are currently being downloaded, am very excited to see how this turned out, will keep you posted. 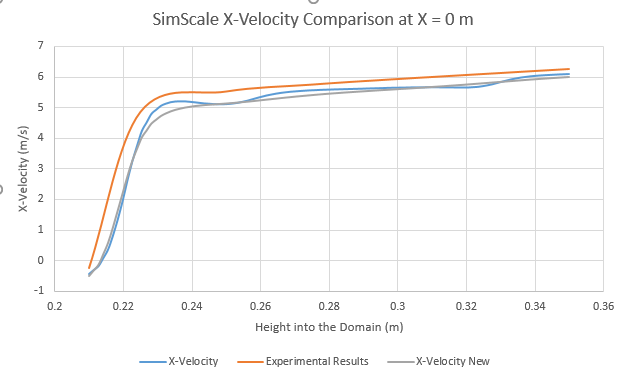 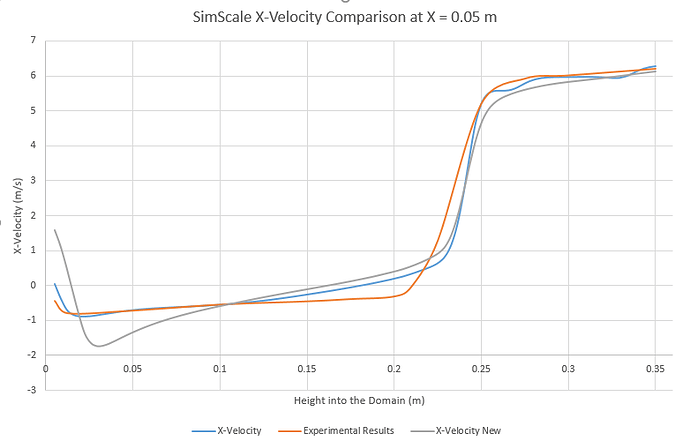 Thanks a lot for the insights! Will you also compare SimScale vs other tools? Would be great to see

Let us know if you have any further questions.

Yes I definitely am, the research im doing was originally for quite a few packages but many of which had to be dropped either due to lack of documentation, lack of GUI (or just way to hard for the average person o use), incompatibility or will no do 3D simulaions etc.
The comparison are largely based on solver results, but I am evaluating them all from a “beginner stand point” so they have to be relatively easy to use for say someone with a basic university level of physics.

The final comparisons are between:
Star CCM+ (as the expensive benchmark)
SimScale
Helyx-OS (running OpenFoam 4)
Code Saturne
SU2 was dropped due to lack of documentation an difficultly outputting a mesh to that format.
Strangely HelyxOS and SimScale output pretty different results even though both are OpenFoam based.

The following cases from your Validation Case documentation have all been done on the packages above (Code Saturne couldn’t do a few of them though):

Wow I am very glad that I could help you Calvin, would love to read the rest of your thesis! Keep up the good work!

That is really cool you are benchmaring different packages. Curious indeed, that though Helyx-OS and SimScale are openfoam based, they still differ in results. Perhaps compare the simulation settings and see what might cause the difference. Are you using the same mesh for both packages?

Thanks so much @tcakir! Yeah I am actually using the exact downloaded meshes provided by the validation cases for all the packages to eliminate any mesh dependency. I think the differences may in the versions of openfoam, Im not sure what version SimScale is using but I would assume the latest version with some a few proprietary tweaks? But to be honest im not very sure, I have tried my best to keep them as perfectly identical as possible.