Structural analysis of a bicycle frame

Finite Element Analysis (FEA) on bicycle frame is important for bicycle designers and engineers to improve the performance of a bicycle frame.

More of my public projects can be found here

Performing Finite Element Analysis (FEA) on a bicycle frame is important in order to improve its overall performance. The performance of a bicycle frame can be improved by minimizing mass of a frame and by improving its load carrying capacity. 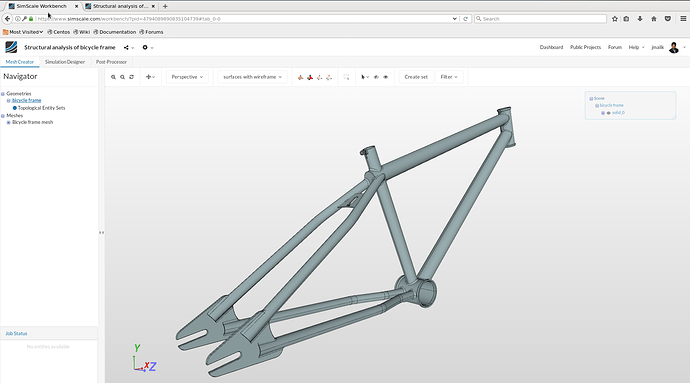 The Geometry of the bicycle frame was meshed using Tet-Dominant mesh operation. The model is meshed with fully automatic second order tetrahedralization and consists of 1075757 nodes. The generated meshes are shown in the figure. 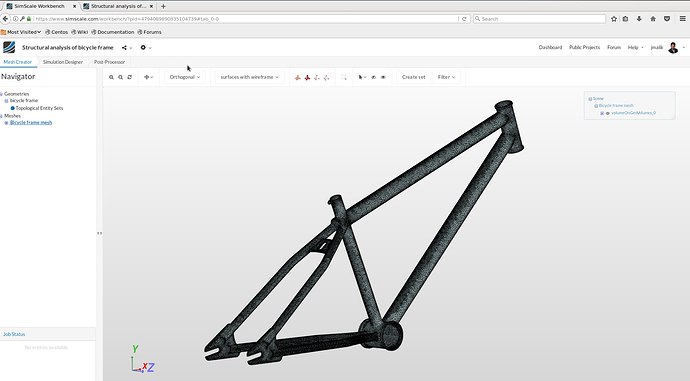 A static structural analysis is performed to simulate the bicycle frame. The weight of the driver is assumed to be 80 Kg. Following two simulation cases are considered

The boundary conditions applied to the bicycle frame are

The results (von-misses stress and displacement) for the case ‘Sitting person and driving bicycle on irregular road’ can be seen in the following pictures. 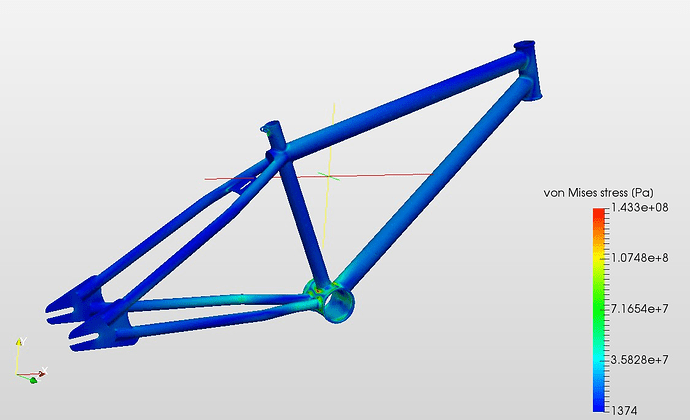 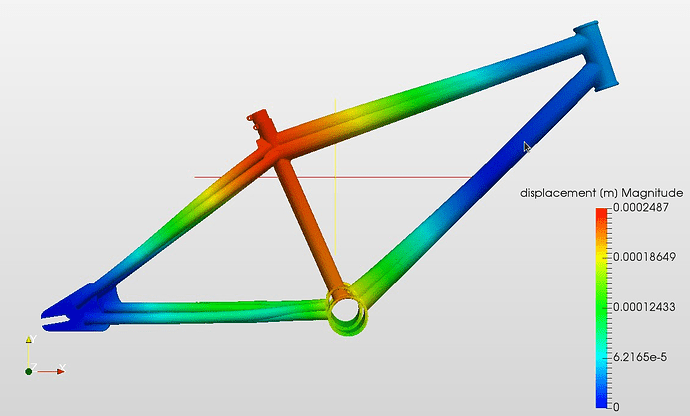 The results (von-misses stress and displacement) for the case ‘Standing person applying brakes leaning against the handlebars’ can be seen in the following pictures. 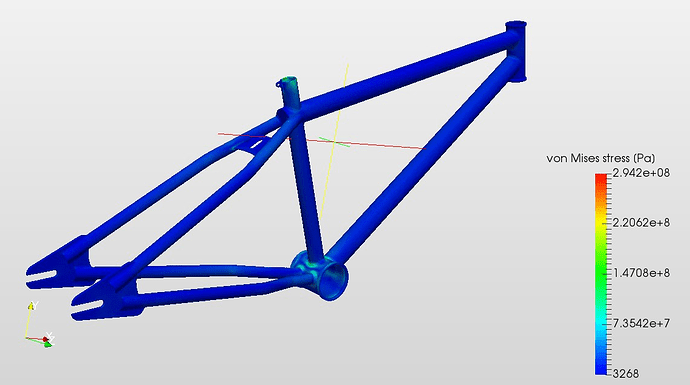 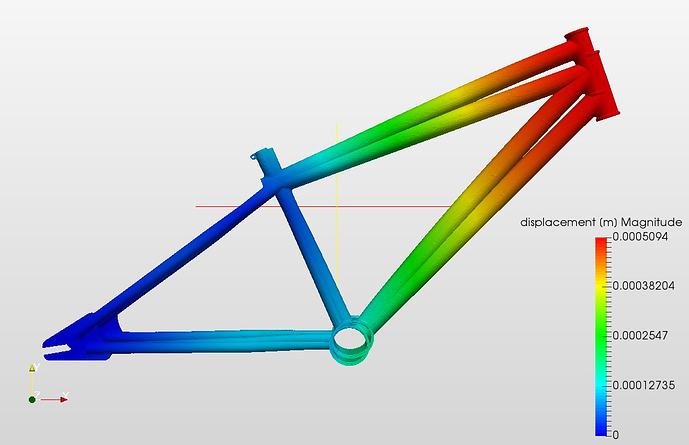