Hi, my name is James, and I’m the Technical Director of Mitre Racing, an F1 in Schools team operating out of The Bishop’s Stortford High School in the UK. Recently, at the London North Regional Finals, we set the fastest time of any team in the UK this season - a 1.099 second run that places us firmly amongst the top teams in the country. This combined with a ‘Best Engineered Car’ award to complete a highly successful first outing for the school’s first team. 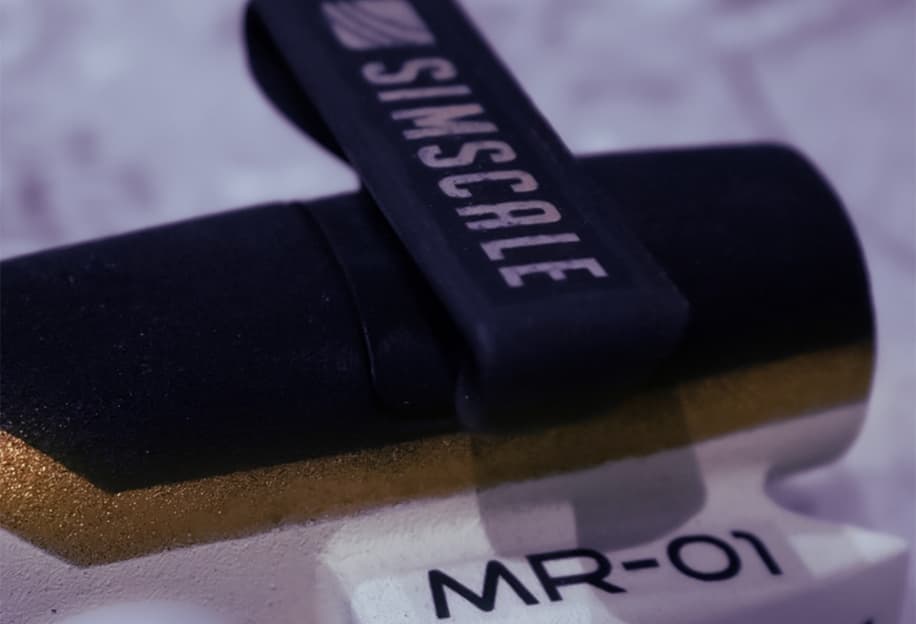 But what was so special about our car and its development process? Well, without access to a (costly) test track, the Mitre Racing MR-01’s first-ever test run was…in competition. In fact, our physical testing was limited to rolling the final car along the floor to check that the bearings were functioning correctly, at which point the car was packaged and shipped. Pretty high-tech, right?

With such limited capacity and funding for physical testing, we had to make sure that our performance and reliability could be accurately quantified in a virtual environment before we committed to manufacturing. Our simulation package of choice also needed to be suitable for a fast-paced iterative environment, where time equates to performance. Additionally, without powerful local processing capabilities, cloud-powered solutions became a necessity for us. The project requirements of accuracy, speed, and accessibility could only be met by SimScale’s software. An extra benefit of this simulation package for us was the ease of use of the platform, with well-developed forums and UI at the center of the overall environment.

During our development process, we utilised both CFD and FEA simulations in order to maximise both the performance and strength of the car in a racing scenario. The result was a structurally sound car layout that allowed peace of mind when sending the cars to race, combined with a high-performance aerodynamic package.

One example of our development process lay in the rear wing’s supports. The strength requirement here is far greater than for many other components, as the rear wing absorbs much of the decelerative force at the end of a race. A proprietary brush system is used to stop the cars in competition, which often causes breakages - even at the world finals. We used car mass, velocity, and the deceleration times of other teams to estimate the maximum possible force acting on the rear wing; around 20N. This value was then used in an FEA simulation to determine if our supports would break under such a force. We input data on our chosen material, PA2200, and ran the simulation. Our post-processing indicated that breaking stress would be exceeded in the supports:

The major issue facing wing strength was a moment about the wing mounting points, caused by the brushes pushing on the wingtips. This was dangerous to our 3D-printed parts, meaning that the goal of our redesign was to reduce the moment’s strength, while also taking advantage of the multi-directional strength provided by SLS 3D printing. We developed swept-back supports to turn a component of the distributed brush force into a compressive force, by changing the angle to the support at which the force acts. The angled design encouraged the bristles to slide down the support, reducing the moment caused by the brush about the wing mounting points. This meant that only a small amount of material needed to be added to strengthen them sufficiently. The result was a wing with 32% less frontal area than our baseline part (and a similar drag reduction), improving performance while also ensuring reliability. Retesting the part with FEA proved that the new design was far stronger under the same conditions as the previous simulation, so we finalised the wing in this configuration for manufacture. Our chosen simulation environment allowed us to be certain that the wing supports would not break during racing - a theoretical certainty that became reality when we suffered a total of zero breakages during racing at the regional finals.

This is just one example of the development opportunities which were allowed by the SimScale platform. FEA was used again throughout the project - for example when checking the strength of our wheels, which rotate at up to 15,000 RPM. CFD was utilised at every design iteration to ensure that our development ideas would transfer into performance on the track. This included the development of our front wing, which is a regulatory component that acts as a vital flow conditioning device for the rest of the car.

This January, we’ll be returning to competition at the UK National Finals, which this year will be held at the Birmingham NEC during the Autosport International show. The MR-01 will be racing again, taking on the best teams in the UK at both time trial and head-to-head racing, while a reshuffled Mitre Racing team will be positioned alongside our display booth throughout the weekend. We hope to see you there, and until then you can keep up to date with our progress via our Instagram channel:

Thank you for reading, 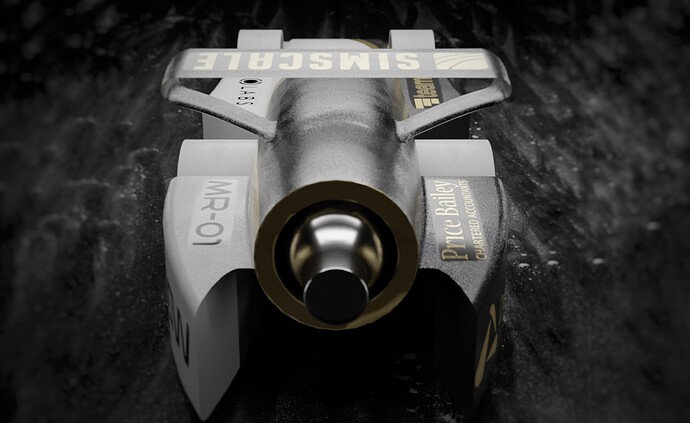 Hi James at @MitreRacing! Firstly, welcome to the SimScale forum and many thanks for posting here about your success.

We are very pleased to hear that your car performed so well this season. It is a phenomenal achievement to set the fastest time and to be awarded with the ‘Best Engineered Car’.

The FEA analysis of the rear wing is an impressive application of engineering and simulation. Have you also optimised the aerodynamical efficiency of your car with simulation?

Best wishes and keep up the great work!

Thanks @vdoelle1 ! We’re glad to report that as of the twentieth race of the MR-01, not a single breakage has occurred - and all without a single component change on either of our cars. This means that we may be the only team in F1 in Schools history to never break a single component - be that in testing or racing. Bulletproof.

Strong design meant that we were able to defend our position in racing at the National Finals and become the highest scoring team in the UK on track - with the fastest average race times in the entire country. This was despite using the exact same cars which had already been battle-scarred at the regional finals, while others chased us in the development race with all-new designs. Across the competition, just ten race times below 1.200 seconds were set. Four of them were by Mitre Racing.

However, we were pipped to the fastest time of the weekend by just two thousandths of a second by Honeycomb Racing - notably, another team who worked with SimScale to develop their car.

Unfortunately, this is the end of the line for Mitre Racing competitively - our founding members have all outgrown F1 in Schools and, although we only had one shot at this competition, we feel that we have left our mark on the event with the MR-01. It was our first and last car - one which took on some of the most experienced schools in the country and proved that they could be beaten on track despite their dominance in recent years. A car which has provisionally scored 435/440 points across its full racing lifetime. A car which, we hope, will be able to encourage new schools and students to give the competition a go, and see just how far they can get.

Thanks for reading, and thanks SimScale for all your help along the journey,

Thank you for the update James @MitreRacing and congratulations on your achievements!

It would be great to hear more about the simulation and optimisation of the vehicle aerodynamics. This is a fantastic example of what is possible when simulation is used effectively for engineering problems.

It is a shame to hear that Mitre Racing will not continue. However, we wish you all the best for your future learning and careers.

I said in my previous post that I would be sharing more technical data about our aerodynamic development soon, and I am glad to announce now that we are sharing a full set of CFD and FEA simulations from the development of the Mitre Racing MR-01.

We found that it was really difficult to get into the competition as a new team from a new school, due to the lack of resources available on the internet which describe the process through which an F1 in Schools car is designed and developed. I have created this resource in order to encourage more teams into the event in the future, because I believe in the future of this competition and the enrichment it can provide to young students looking for a way into engineering.

Our project can be found here:

Hi, my name is James and I was the Technical Director of the F1 in Schools team Mitre Racing, which competed at the 2022 UK Regional finals and 2023 UK National finals. For our two events as a team, I designed one car, the MR-01. It was my first...

I will hopefully be adding instructions for people new to SimScale to access the simulations soon, once I can get the forum page for the project up and running.