I am trying to simulate a respiration process of a human being in a room. To achieve this I would have to first simulate natural convection from body without breathing. This simulation would ideally generate a thermal boundary layer and a heat plume over the body. The setup are given as the following

With the steady state-solver it converged with the following results. What puzzles me is when I turned on the transient solver, it diverges when solving for the 1st time-step. First, I thought my CFL condition wasn’t met so I reduced my time-step to 1e-5 which correspond to CFL ~ 1 from the smallest grid size (first inflation layer). It is also strange that steady-state converges for the same problem while transient diverges which usually happens the other way round. I think I have to have obtain a successful transient simulation before moving onto implementing a sinusoidal input for velocity input (respiration) which of course varies with time. 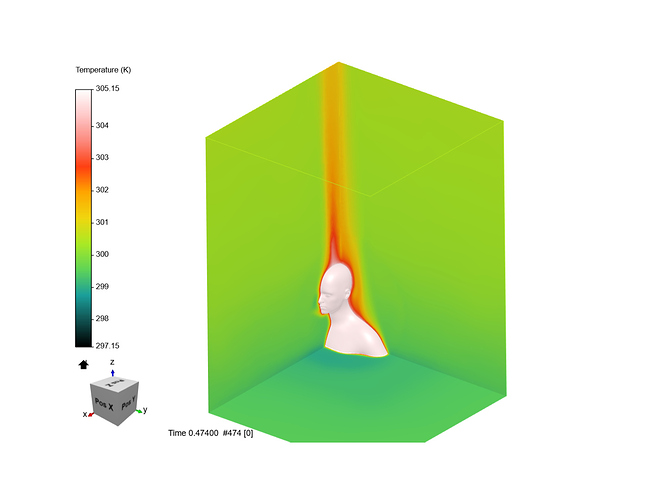 Since transient solver did not work, I tried setting velocity inlet sinusoidal function at the nose and solved it using steady-state. What happened was that the solver did not allow me to proceed because I need to specify a pressure outlet for a fixed velocity inlet/outlet. So I swapped the boundary condition at the ceiling to a pressure outlet (was an insulating wall previously). Which brings to my second question regarding the role of pressure outlet. After solving in steady-state, the heat plume was missing and the entire flow field was kept constant at 24C. It seems like a steady-state diffusion process for me and I have no idea why that happens as the pressure outlet was set at 0 gauge so there should not be any “suction” at the ceiling. 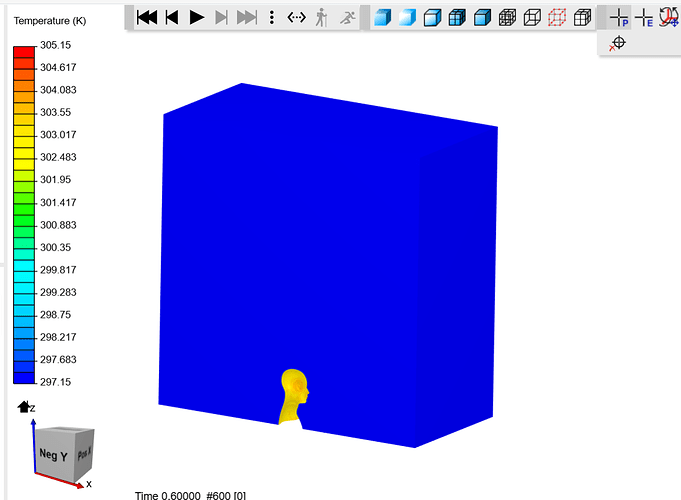 Its been a lengthy post, thank you for reading and hope to receive feedback!

Hi @ChiHin - first of all super cool project you are working on!

It might take me a while until I can have a look at your project, the procedure sounds good. I would always start with steady-state first and then proceed to transient analyses. Tagging the @cfd_squad here!

I also saw you have not defined any outlets yet and also I am not quite sure about the no-slip walls of the bounding box to mimic the atmosphere.

Thank you for looking into the project and getting @cfd_squad to look into this. Appreciate it.

On your second point regarding no-slip walls, it seems to be the only way for the heat plume to form. I have tried to replace no-slip conditions with natural convection B.Cs which did not result in plume formation. The result is shown below. 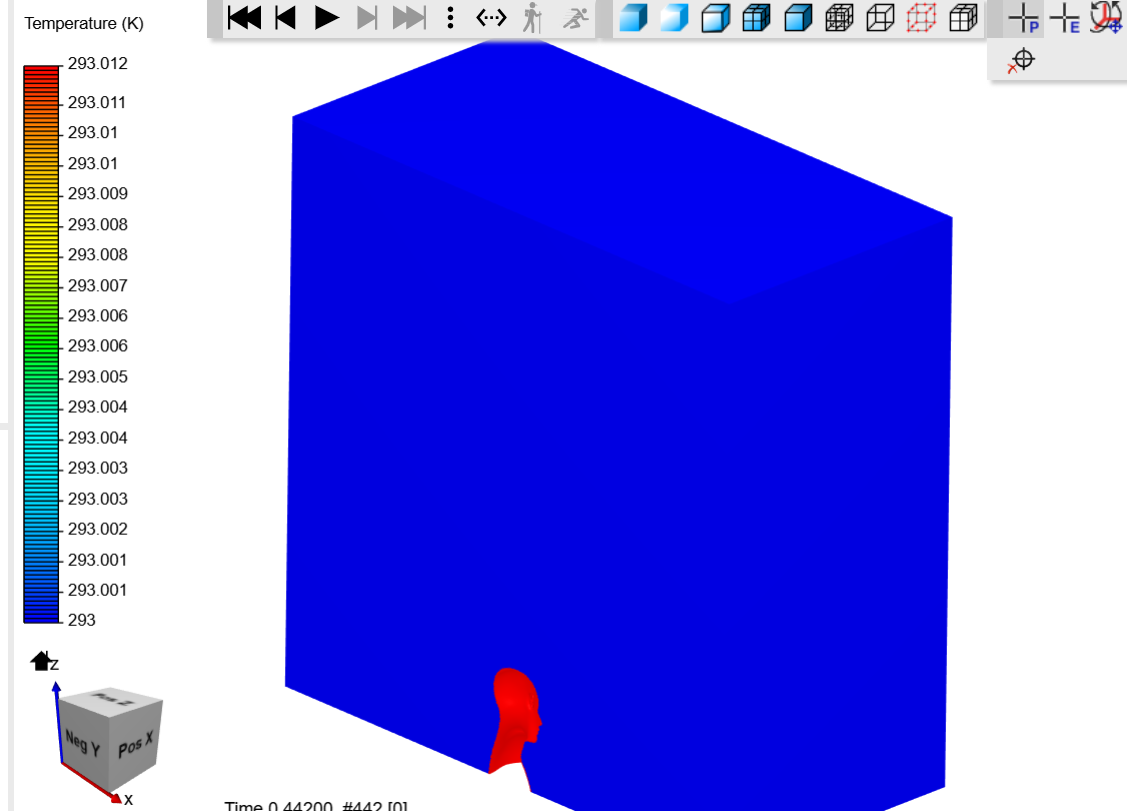 I have another question regarding the boundary condition for the human wall. I can’t understand the difference between specifying a fixed temperature and specifying turbulent heat flux which accounts models heat sources. Both seems to make sense to me but I am not sure.

The first simulation with developed plume was performed with fixed temperature.

My colleague Sam had a look at your case and gave the following comments:

I see in the steady state run (link) has manual relaxation factor and then values are 0.01. The temperature fields are marching very slow and hence going to take ages to converge. That’s the reason in steady-state case for the temp the result is just the initial value.

Apart from that, the faces closer to the human body are too small - possible divergence expected in the transient case. His smallest cell size could be in those areas, where it’s actually quite small than he expects, or if it can’t mesh such an entity the cell quality is going to deteriorate. Better to define bigger faces.

Hope that helps for further investigations