Static Structural Analysis of a Pipe Elbow with supports on one flange, force due to pipe weight on other flange and fluid pressure from inside.

More of my public projects can be found here.

The CAD model is the courtesy of “GrabCAD” community. The model depicts a 4-in Steel Pipe Elbow Joint with 9-in Flange Dia.
The model was modified in “www.onshape.com” where it was cut in half about the mid plane to use the symmetry as Geometry, Loading and Boundary Conditions are symmetric and It can reduce computational cost.
The Boundary Conditions considered were fixing all DOFs of the holes of one Flange where the Bolts hold the flange (The whole flange was not fixed as the seal between the flanges in highly non-rigid as compared to pipe material) and Lateral displacement of the symmetry plane was constrained (Due to symmetry of Geometry, Loading and Boundary Conditions).
The Loadings considered were Internal Pressure of 4 bar, Self-Weight of the elbow and Vertical Downward Force of 100N on the other Flange as a model of weight of pipe which might be connected
(Note: The positive Y points toward ground). 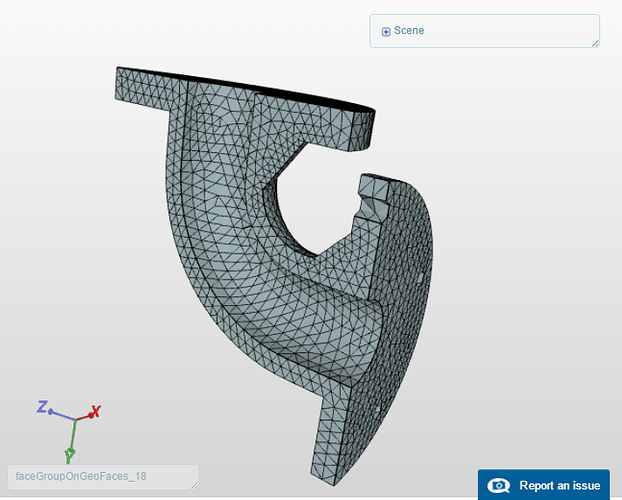 The first simulation run was carried out using Very Coarse Mesh of 2nd-Order Tethrahedrals using automatic Meshing. 2nd-Order elements were used to capture the behavior under bending and to avoid locking.
The Critical Stress and Strain were found at the Constrained Bolt Hole. The values at this node were used for Convergence Study in successive Simulation Runs. 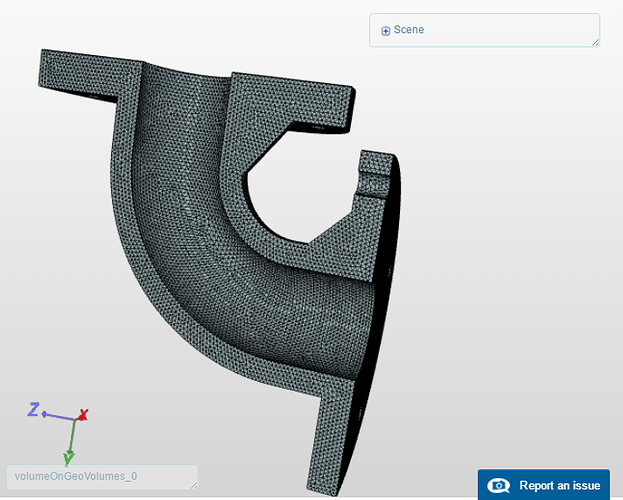 This picture shows the Fine Mesh used for last simulation.

3 more simulations with same conditions but different meshes (Coarse, Moderate and Fine) were carried out. The stress and strain converged at the Fine Mesh, hence Simulation using Very Fine Mesh was not needed.
For viewing of results in post-process, the data from Fine Mesh Simulation is to be used as this is the converged solution. 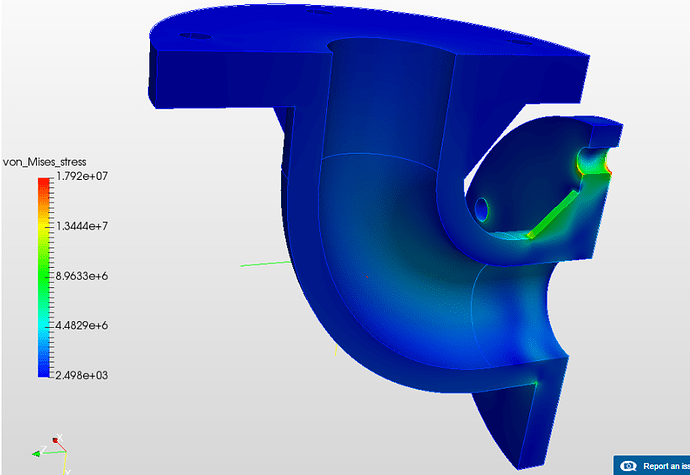 The Von-mises stress is maximum at the bolt hole. 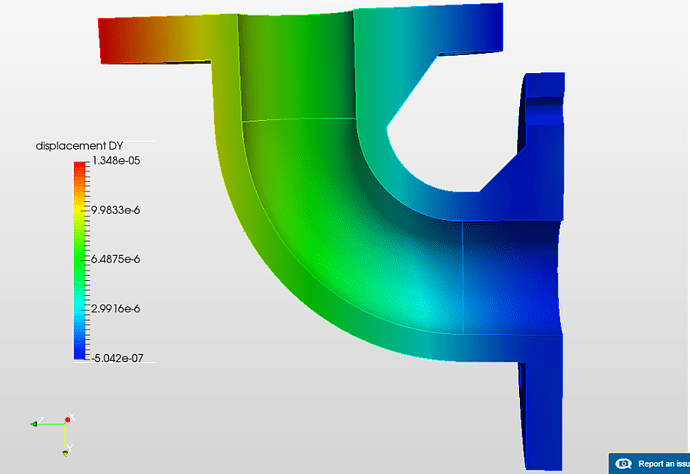 The vertical displacement is similar to bending in beams.

The weakest point of the elbow turns out to be the joint between Fixed Flange and Elbow body and also the bolt holes as shown in figure below. 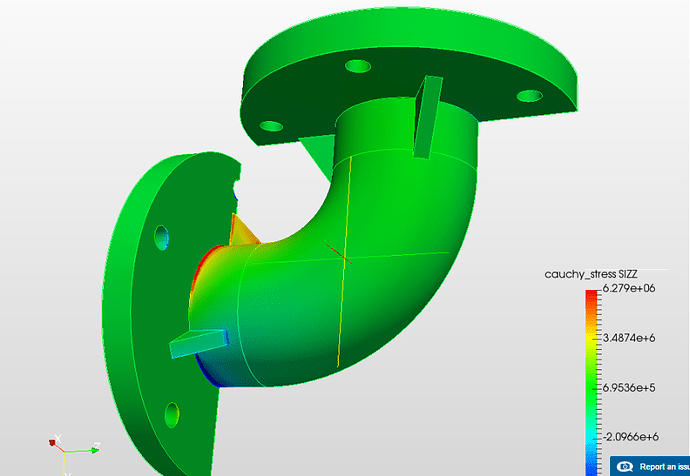 You can download the CAD inside the workbench by going to the Geometries on the very top and using the context menu to download the files. For the results you can use the context menu of the solution fields at the very bottom of the tree and use them to do offline post-processing with Paraview, Tecplot or any other software you have.