I am talking about overall making your max refinment level at 1 (or even 2mm) if you can, with geometry changes.

I was talking about level 8 which is a BIGGER cell size. Reducing to level 10 would give me more cells

I just assumed that the LEs would be a problem going from L11 to L10 but if they are already L8 then what is your LE concerns if max level somewhere else on the Geo went from L11 to L10?

If i change the smallest geometry surface to 1mm, i would also change my whole bounding box levels to reflect this surface selection. So i would have my max refinement level at lets say 10. which is currently at 0.97mm. My current surface refinement that my BL is based off of is at 1.9mm. So moving to 10 this would give me more cells and smaller Y+ ability

No do not change BMB size or cells, stay at 1m L0 size… I do not see why you want to change?

What is the 1st layer thickness in BL right now?

These are my exact settings.

1.52mm cell size is an example that the only way to get an cell size between a pre-set level 0, of 1m would be to re calculate the cell sizes back from a wanted cell value (in this case 1.52) which would change the level 0 size

1.52mm cell size is an example that the only way to get an cell size between a pre-set level 0, of 1m would be to re calculate the cell sizes back from a wanted cell value (in this case 1.52) which would change the level 0 size

I see no reason in your post that you need a level with a 1.52 mm size…

NO i dont need one… it was a hypothetical Scenario where if someone wanted to have a cell size that lands between the already determined cells, in my case 1.9 and 0.97. that it could be calculated back and a new level 0 created.

Here is the LINK

NO i dont need one… it was a hypothetical Scenario where if someone wanted to have a cell size that lands between the already determined cells, in my case 1.9 and 0.97. that it could be calculated back and a new level 0 created.

Good, then we don’t need to change level 0 of 1m (which I have explained why it is good earlier)…

Here is a close up of my trailing edge element mesh 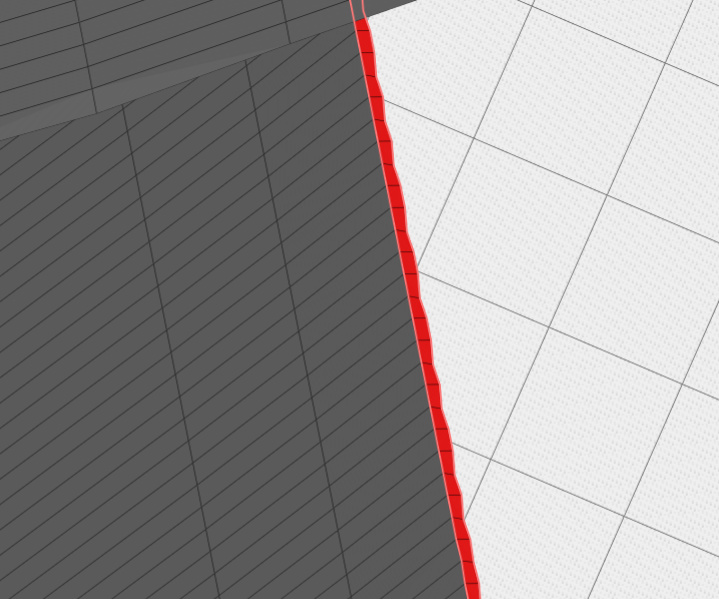 And here is the confirmed cell size using the distance marker at the bottom of the simscale viewing pane. The with of the trailing edge cells are level 9 but they are squished to fit on the face. I believe that the TE is about 0.48mm thick 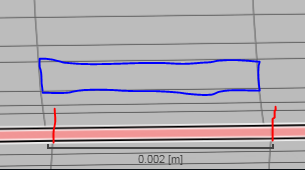 Ok so thinking though this again, let me know what you think:

The mesh and cells you are seeing in my previous posts and what is currently being simulated are at level 9 region refinement and therefore surface refinement. 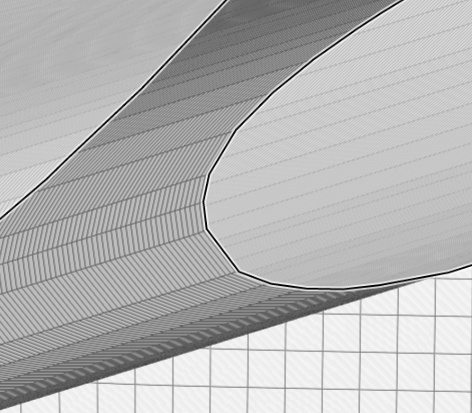 HOWEVER, a level 8 cell size is quite large and in previous meshes as shown below 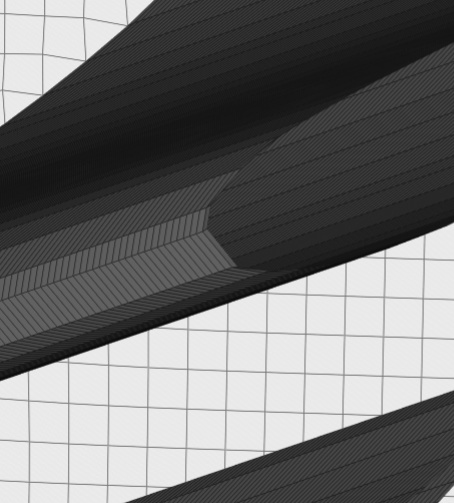 What i “think” i need to have for increased Y+ values and to be able to still retain mesh quality around the Leading edge could be to add a feature refinement. This has been the only tool that allows for steps in surface mesh size while keeping the same region refinement size. Without it i cannot have accurate meshing on the geometry and keep a large first layer for Y+. I need a level 8 or 7 region, and therefore surface refinement. With increasing levels for edges.

From RW test 2.0
boundary layer still looks good up until trailing edge - feature refinement may be reducing cells to below min thickness of 0,001 setting, - i can change this to 0 and i also wont be using level 10 as shown in this trailing edge 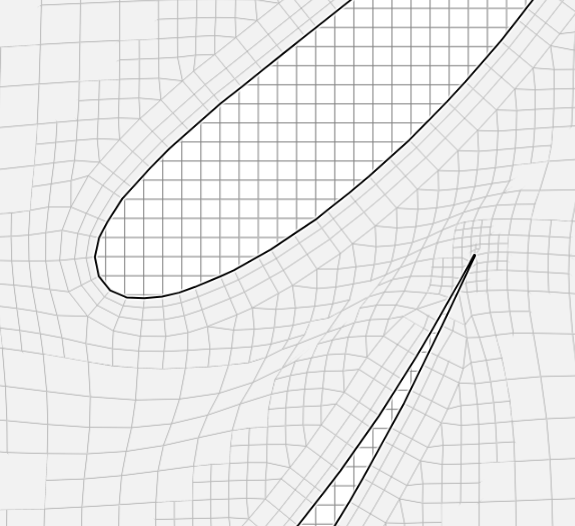 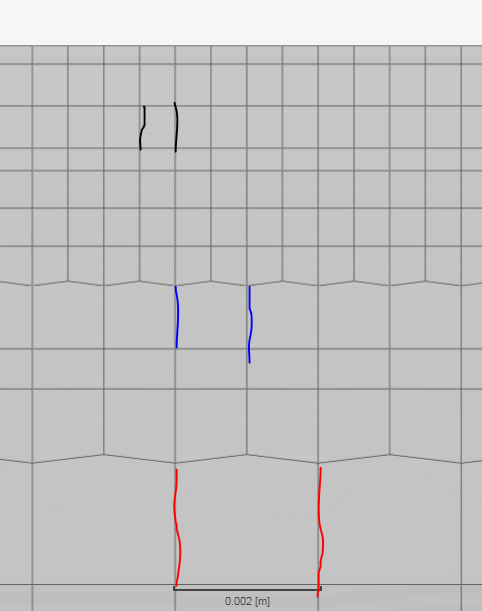 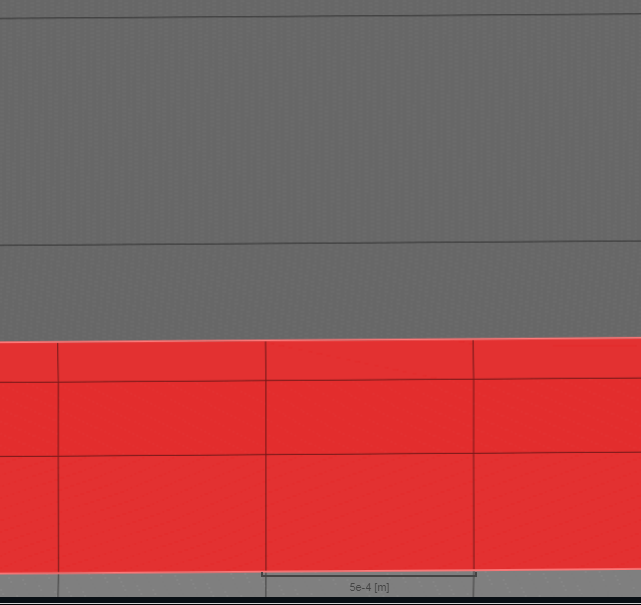 Going back to the main wing surface-to-trailing edge interaction. there are no jaggeded edges. I suspect this is because the trailing edge face, and the wing surface share the same refinement level. So the mesh isnt trying to snap back to a lower level between a high angle face. 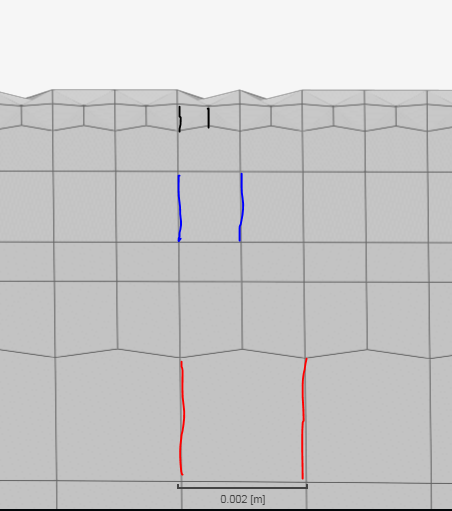 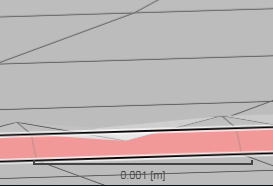 Now im thinking to have a feature refinement of level 9 at distance 0 to edges, This should theoretically give me the same edges as a level 9 refinement but now i can use a level 8 region/surface refinement.

So my trailing edge suspicion was confirmed. the feature refinement was able to get good meshing on the TE’s and there are no/the same jagged edges as my other meshes. Since my leading edges are still not that great, i am considering splitting the geometry. However maybe i should do a Y+ analysis of this run and see how it goes. Im not sure how important the mesh quality of the leading edge is. I know for real life performance, the leading edge is very important.

So, remember, Best Geometry is #1…

So, with great effort (mainly because you use stl files to import your geo to SimScale), I made the CAD changes I have been suggesting:

I have made a project and imported my new CAD file into it (in STEP format, much preferred)…

Then, I decided to make a test mesh with a single layer on everything at 3.4mm thickness… Its is 99.5% layered: 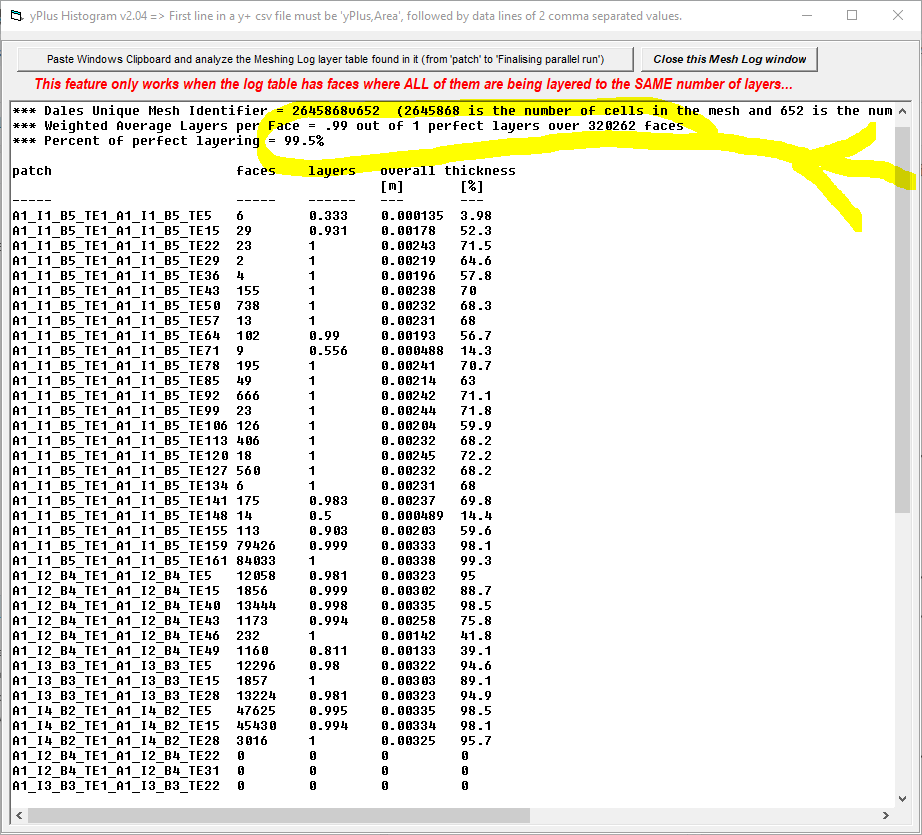 image.png922x835 29.4 KB
.
.
.
I now have a sim run running that you could try your ORSI plotting on (WAIT TILL 800 or more iterations are done before you try ORSI so you don’t get confused right away)

A couple things, I changed quite a bit of your sim setup, ask me about any of it you don’t understand or feel uncomfortable with…

We can discuss the 1 layer theory later, I have not much time left today.

I doubled your 1st Layer thickness and now we only have 0.4% of surface area with yPlus < 20 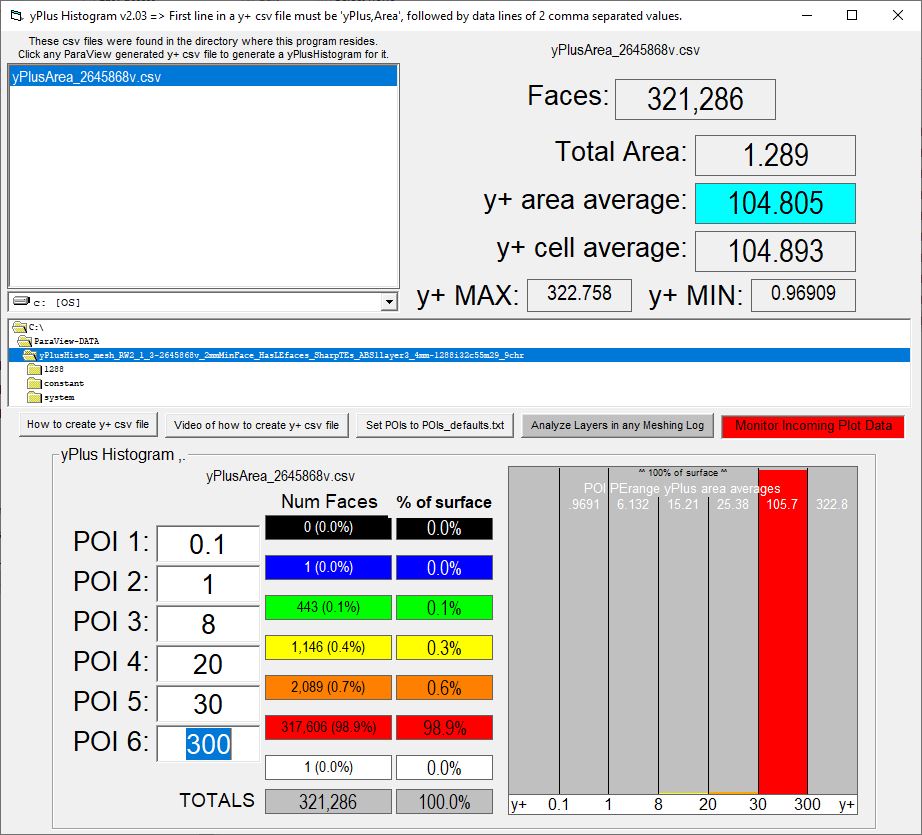 Sharp TEs for this test

I agree sharp TEs are better then 1-2mm TEs, I will change this on all wings

Edit sorry i keep forgetting that i cannot assign a region assignment to faces, this is really a feature i would like to have. Forget all that is written below

Here is where i have a problem. I see you split the face, but did not assign a higher level. Keeping the leading edge faces at level 9 (because the region refinement wont allow for switching these to level 10) seems like a waste of work. There is no change. The only reason i wanted to split the leading edge face is so that i could apply a level 10 region refinement and surface refinement to this area. This would increase surface mesh quality, especially for the smaller radius of the element leading edges.

Then, I decided to make a test mesh with a single layer on everything at 3.4mm thickness… Its is 99.5% layered:

This is great work! im fine with having one layer and that it is bigger the the region/surface refinement if it means almost all Y+ values are between 30 and 300!

Do i have to download your ORSI program as well? can you send me a link?

I was only doing this because the FSAE tutorial said to

I was looking at changing K and omega here. i didnt know you could do this right in the velocity inlet… what is the difference?

I will start using slip walls instead of symmetry

When you mean stop the sim i assume you mean here? Just hit cancel when i reach the 1% and under stability of Cd and Cl 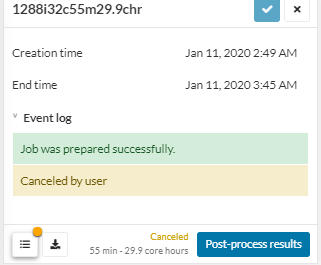 P.S. I have copied your split LE project and made a new trial HERE I have tried to change just the elements to level 10 along with the region refinement. This should help with element leading edge quality as the element have the smallest LE radius.

I have tried to change just the elements to level 10 along with the region refinement. This should help with element leading edge quality as the element have the smallest LE radius.

I had to leave something for you to do

When you mean stop the sim i assume you mean here?

Yes, when I monitor manually a sim run with ORSI plots, I set the ‘Write interval’ and ‘End time’ to LARGE values (usually 5000), in this test I used 1500 since I wasn’t sure I would be around at the end…

I was looking at changing K and omega here. i didnt know you could do this right in the velocity inlet… what is the difference?

I am not sure what the difference is but I prefer to use the custom inlet, it is more flexible.

Do i have to download your ORSI program as well? can you send me a link?

ORSI plot monitoring is in my yPlusHistogram v204, just put a copy of the exe in your browser downloads directory where it will scan that directory every second (when Monitoring is ON) for new CSV plot files that you download from SimScale. Turn monitoring ON, on the form that appears when you click the RED button… I haven’t put those (or any) instructions on the feature in the program or ReadMe file yet, that is on my ToDo list

We can discuss the 1 layer theory later

You have the same issue between your wings…

Using 1 layer solves the yPlus issue but leaves doubt if the turbulent BL is fully analyzed in thickness. We have small hex cells close to first layer and the solvers have good resolution there if we have not captured all the turbulent thickness.

Fortunately I believe that the k-w SST turbulence model does still evaluate wall function in Hex cells, so I am hoping we are OK.

My CyberTruck mesh looks good but I have not been able to converge a run with 1 layer on the tire treads. It is timely that your 1 layer meshes’ sim run converges well.

I think you should make a CAD file without the middle wing, make a mesh for a ‘standard’ 3 layer with 1.3ER at 3.4mm 1st layer AND a mesh with a single 3.4mm layer… Then run a fully converged sim run on each… Then we can evaluate the results difference… I suspect there will be very little difference…

Are you up for that