I’m trying to setup an MRF rotating zone for a full car and specifically the FSAE model used in the “FSAE Yaw Simulation” Tutorial. 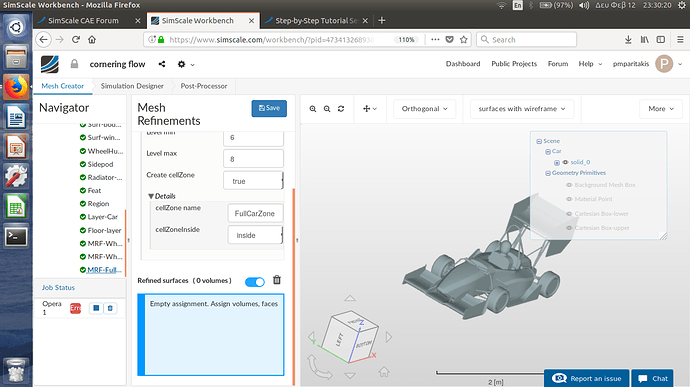 I’ve tried assigning the solid_o zone to the refined surfaces but I’m getting an error each time I’m trying to create the mesh.

Any help on how to setup a rotating zone (MRF) for a full car model using SimScale would greatly appreciated. Thanks in advance!

Please make sure to always post the problem you are facing along with your project link in order to make it easier for the support to track where problems occur.

The problem I’m facing is that I’m having a hard time trying to setup an MRF zone for the whole car model. I want the car to rotate around a certain point outside of the domain, but I have no luck as of now.

Interesting analysis! I always wondered how to perform a simulation of a cornering vehicle. Unfortunately I don’t have much experience on my part with this so hopefully the other @PowerUsers_CFD have an insight on how to do this! I would love to know how.

I’ll try to see if I can figure anything out in the meantime but no promises.

@pmparitakis, what is the center of rotation for your cornering?

I hope this helps.

I tried to achieve something similar with a more simpler geometry just to try.

The thing is that if you want an MRF zone you have to define a cellZone that encompasses the cells surrounding the vehicle. For those cell, you specify a rotating velocity; but the floor will also be within the MRF, and you don’t want that to rotate. So you’ll need a different floor patch inside the MRF that outside of it to which specify a counter rotating velocity so that it would cancel out.

But with the MRF, it is the vehicle that’s moving, so the air needs to be still. For this, in this first attempt I changed all the surrounding to free-stream boundary condition. This is the schematics of what I had in mind. 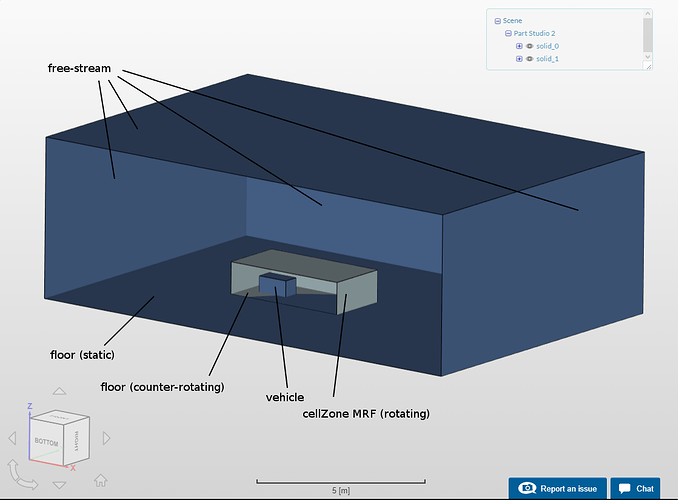 So I tried this, and it sort of works, but with some issues, as you will see in the following snapshots. 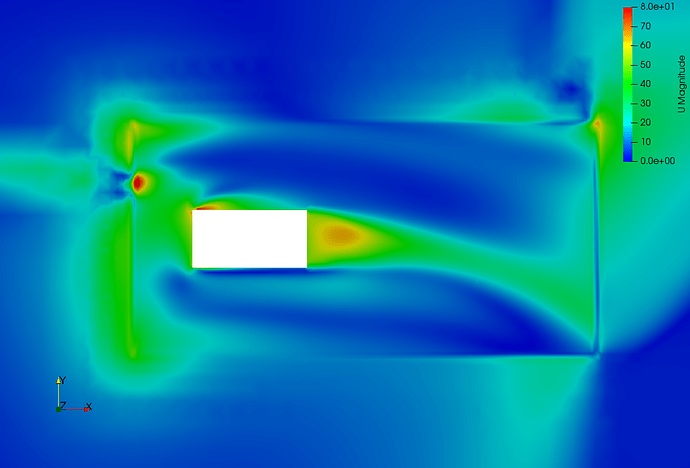 And changing the reference for velocity. 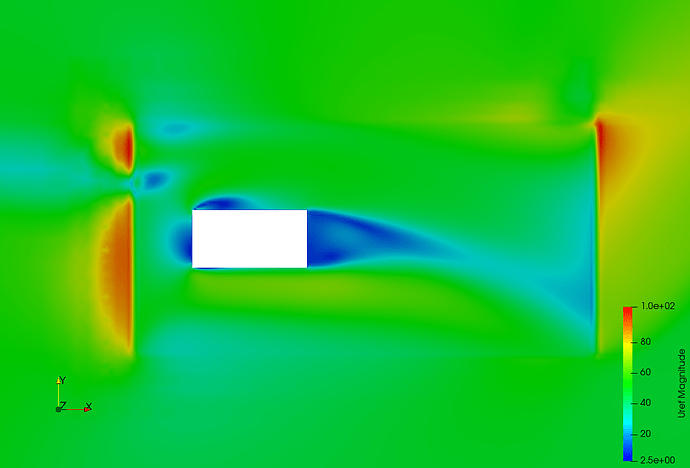 Sort of looks like we are headed in the right path, but there are some issues in the interface between the MRF zone and the rest of the domain. Might try with an annular MRF zone to see if that helps.

Hi @pfernandez, I have some questions regarding your simulation:

Also, are you willing to share the project you have so far? I could take a better look at the parameters you’ve set and I could compare them with the parameters of my sims’.

Thanks @pfernandez for your time. It seems that we are in the right path for this.

I started the project here if you want to have a look.

another approach would be a single rotating reference frame to be applied to the entire domain. The domain would have to be modified like this: 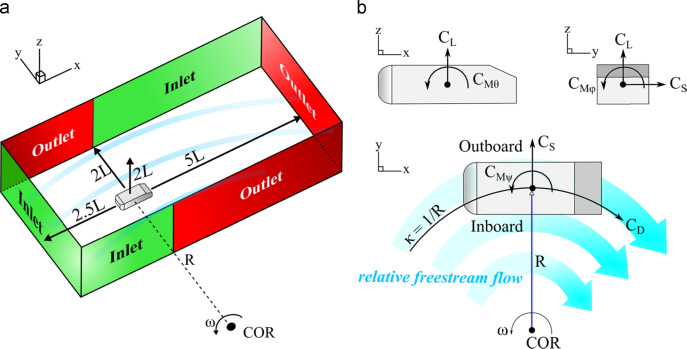 This approach has the advantage that it permits the evaluation of multiple types of condition utilising the same grid. This allows a reduction in the overall time required to achieve multiple results and would also permit dynamic simulations incorporating variable curvatures .