I need help with analyzing my results - FSAE wing

Hello once again,
Im working on a wing for FSAE car, eventually there is going to be a DRS system, so Im trying to achive as much downforce as possible without bothering about drag increasement. It’s my first aerodynamic project so please help me understanding my results. Wing is designed by me, wing profiles I took from MSHD study. Here’s the link: https://www.simscale.com/workbench/?pid=6093534128222503623&mi=run%3A1%2Csimulation%3A7&mt=SIMULATION_RUN
I’ll summarize what Ive already done:

Hello @brumak , try setting an ever more “aggressive” wing by increasing the AoA of the main plate, as you call it. Have you considered going for a 3 element wing instead of 2?

So Ive done endplates enlargement by 20% but it only contributed with 6 N of downforce. Ill give increasing main plate AoA a shot. Can you tell me how do I tell of there’s boundary layer separation? Is the pressure equal to atmospheric in the low pressure region then? And what should I especially focus on? 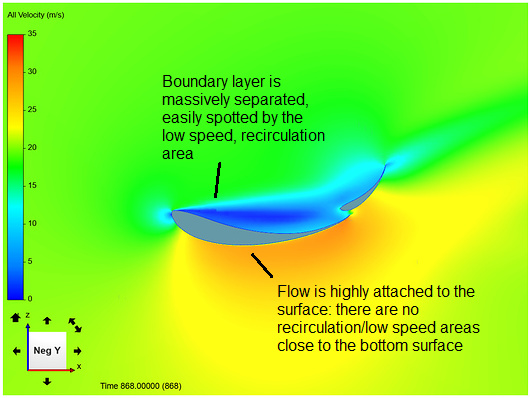 If you pay attention, from the 1st to the 3rd simulations, as you changed the AOA, the BL separation diminished quite a bit. I’ve never participated in FSAE competitions so I’m not sure if there is a magic trick that works really well.
Fillia suggested to increase the angle even more. This would help to pressure the BL against the surface, making it less prone to separation. I know that vortex generators are also vastly used to delay/stop BL separation, but I’m not quite sure how easy it would be to implement them.

Have a look at this paper about aerodynamics of a race car, by Joseph Katz where he covers a bunch of other things.

@Ricardopg explained it perfectly. When you will try to increase the AoA of the main wing, you will notice downforce increase, but also separation on the lower side at some point, so this is where the upper airfoils come to save the day with their duct-like performance, re-energizing the lower pressure side and stopping separation. That is why I earlier suggested more increase in AoA for performance, but also adding another wing for delaying separation while doing that.

I am all for multi element wings, however, it is really important to have a good understanding in why we need them, and why do we place them the way we do. As I said above, having many elements is like breaking down a single big wing to more wings, in order to use the suction and delay separation, so at first I would suggest to:

a) try simulating only the main plate with a chord, as the sum of both your current wings chords,
b) examine at which AoA you will need to “break it down” , then reduce its’ chord approximately before the separation starting point, and add a second wing, and maybe even a third wing.

) Your current design seems to be working just fine, but there is a lot you could try to optimize it by doing the above. Also, you don’t have to use the same airfoil profile for all the wings, remember that the flow from the upper to the lower side has to be smooth. 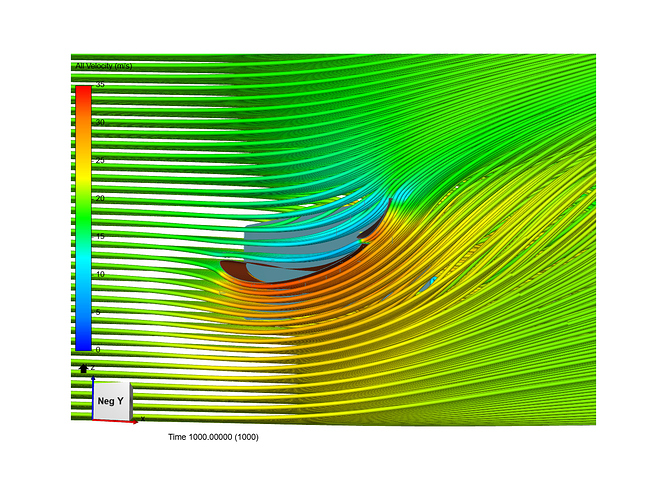 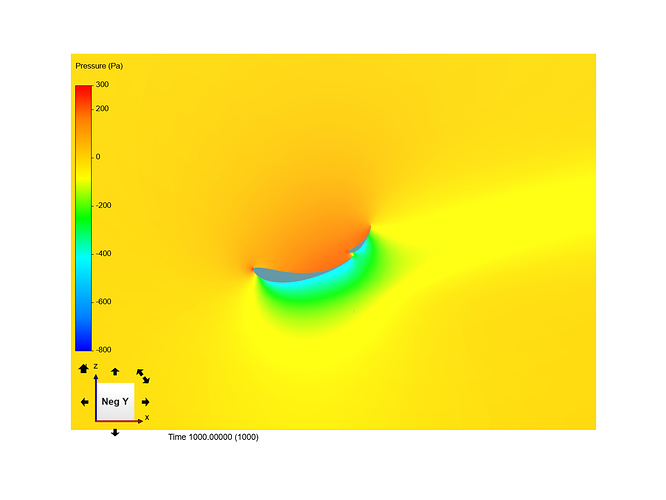 Hey,
I have another question, how do I know about what axis is the pressure moment given?

In the ‘Force and Moments’ result item (I assume you have one) that is written in the Solver Log, they are specified for x,y and z axes…

You will also see Viscous moments there…

And the moment result should also be multiplied by 2 because it comes from the half of the wing?

If you take half of the geometry then the forces you calculate need to be multiplied by 2, yes!

Cheers and keep us updated!