How to predict the Alpha and Beta values for the Fixed Coefficients porous media?

The fixed coefficients porous media model is sometimes used, especially for compressible flows, to predict the amount of pressure drop that will take place due to the incoming flow.

The main objective of this article is to discuss the workflow to derive the alpha and beta coefficients based on experimental data. In our scenario, the “real life” geometry consists of a pipe with a perforated plate, partially blocking the flow. 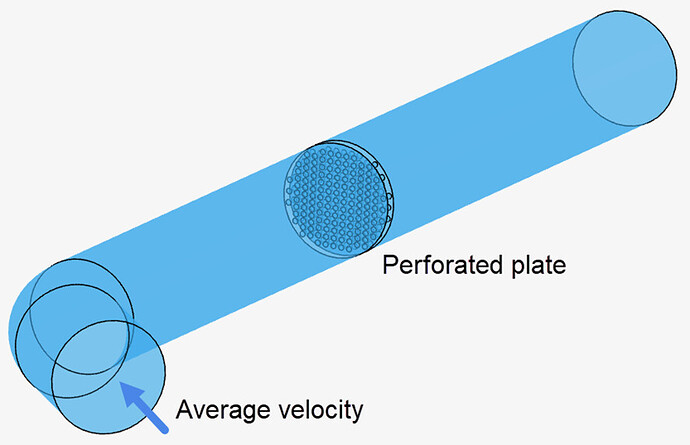 The following test data for Average velocity versus pressure drop through the perforated plate is available:

Like many of the other porous media models (Darcy-Forchheimer, Pressure loss curve, etc.), the Fixed coefficients model is based on a polynomial approximation of the form Delta P = x.U + y.U^2.

Therefore, now we need to do a polynomial curve fitting of second order to obtain a correlation that looks like the formula above. This can be done in various ways, e.g. in MS Excel: 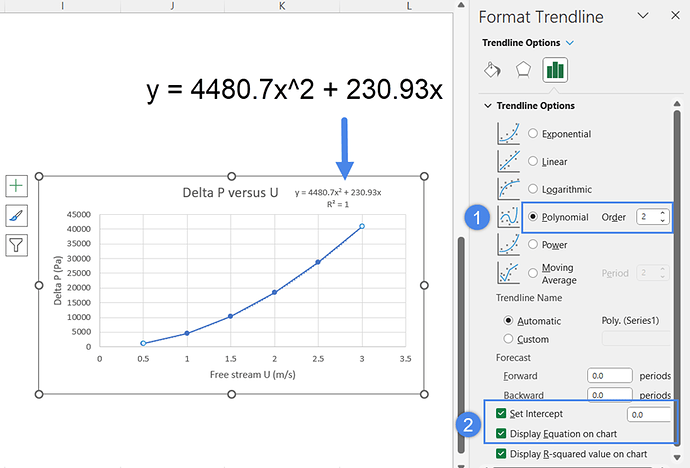 Once the correlation is extracted from the graph, it’s just a matter of comparing the two equations and obtaining the alpha and beta coefficients.

This way, the user can run a simulation with a simplified porous media to account for the pressure drop through the complicated CAD geometry. As a reminder, the best practice is to have at least 5 cells across the thickness of the porous media in the flow direction.