After having read many topics about FS car simulations and having followed the related webinars, I still cannot find the solutions to the problems that I am facing. Apologies in advance if these kind of issues have already been solved.

-Simulations were then performed for the meshes ‘FUC3M18_V1’ (the original one, 8000 illegal cells) and ‘FUC3M18_V1 - 5 iterations layer addition’ (2000 illegal cells). In both cases, the simulation just diverged massively, which led to incoherent results -it can be checked in the results control: forces in the wings and the car-. Just in case it was the reason of the trouble, both simulations were also run without the rotating BC for the wheels, but again the same kind of results were obtained. Note that, when the simulations stopped, a window saying that ‘numerical inestabilities’ may be the cause of our problem appeared. But I do not know how to interpret that information.

To sum up: would it be possible for you to take a look to this meshes / simulations and tell us about what could be the origin of our problems? @AnnaFless @pfernandez Thank you so much, any help will be welcomed.

The first thing I noticed is that you are using an anisotropic block mesh, and snappyHexMesh doesn’t like that at all. 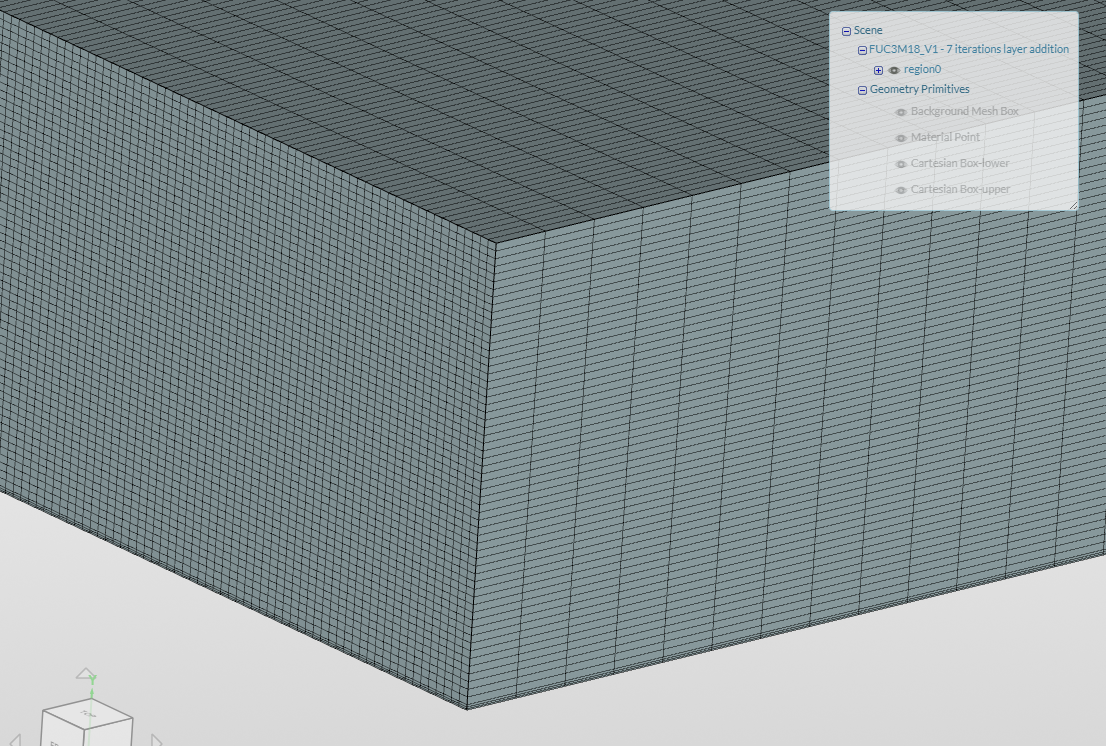 Try to get cells as isotropic in dimensions as possible. For that, you can take the same wind tunnel dimensions and number of cells as in the workshops.

Regarding full car simulation, just skip the MRF and porous zone steps of the tutotials. For the wheels you just have to specify a rotating wall boundary condition, like is done for the tires.

good answer you beat me to it

I created a mesh last night, just made it public with the above mentioned.

However, the simulation only converges for the case of no rotating wheels. When I include the rotating boundary condition for the wheels, the solution for the forces just rockets up to huge values: 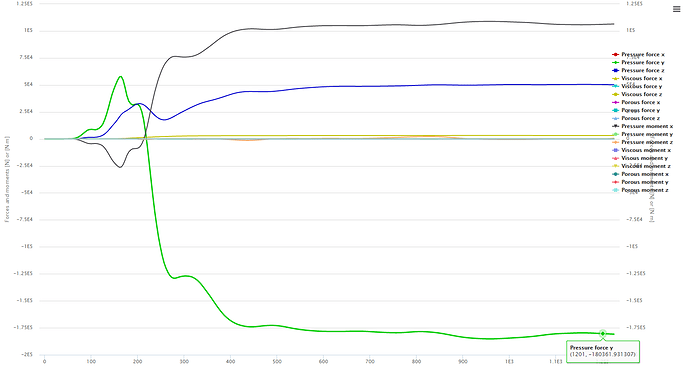 I have also tried to change the sense of rotation, just in case that was the problem, but the result is still the same. Do you know what may be happening? @pfernandez @1318980
https://www.simscale.com/projects/D_Izquierdo/2018v1/

Ok, problem solved. It works nicely now. Thank you so much.