The Blended Wing Body shape allows unique interior designs. Cargo can be loaded or passengers can board from the front or rear of the aircraft. But this kind of the wing used in military aircraft only. So, this project is about the flow visualization of the aircraft with blended wing body which provide diagnostic information about the flow around the Aircraft.

GEOMETRIC:
The Blended Wing Body Aircraft been made with all the Designing Parameters in SolidWorks as shown in Fig.1 below. 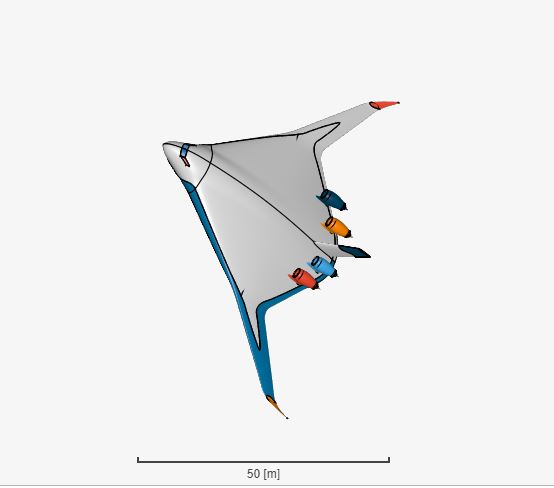 For the Project compressible flow simulation type has been chosen because this type of aircraft moves at high Mach Number. Along with the K-omega SST turbulence Model which tells about the turbulence energy and scale. and the steady state is chosen as time dependency because this kind of simulation is been done under ISA (International Standard Atmosphere) So the values does not change with time.

Meshing is an important part of any kind of simulation. Hex-dominant is used as the algorithm of the Mesh. Along with the External meshing mode. As the accuracy of the result is depend on the Fineness of the Meshing.So, here Mesh Refinement is also used at the edges of Aircraft and Moderate Mesh is been used as the fineness of the Meshing with 16 number of processor. For external meshing mode two Geometric Primitives been used inner and outer box around the aircraft as shown in the Fig.2 & Fig.3 below. 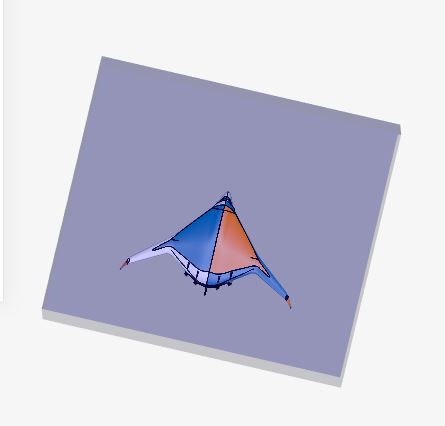 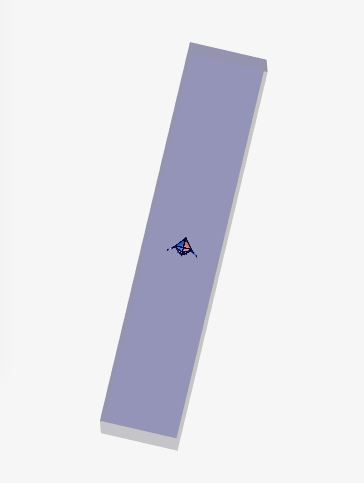 After a Mesh operation of around 18 minutes here we got 1.3 M cells and 1.7 M nodes for this Meshed Blended Wing Body Aircraft as shown in Fig.4 below. 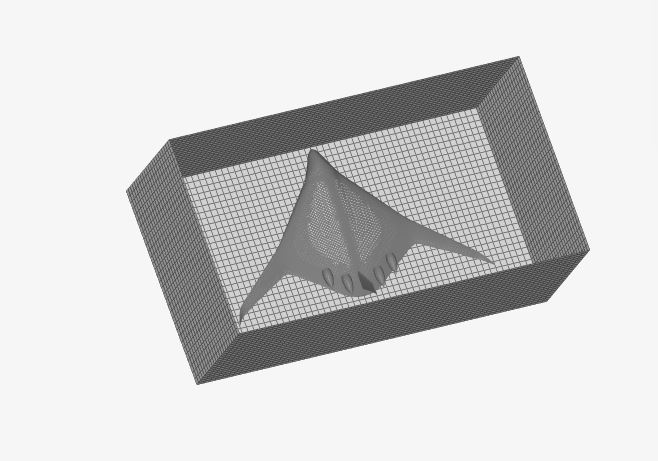 For this simulation AIR material is used from the material library of the SimScale. Air is applied over the complete volume of the aircraft as shown in Fig.5 below. 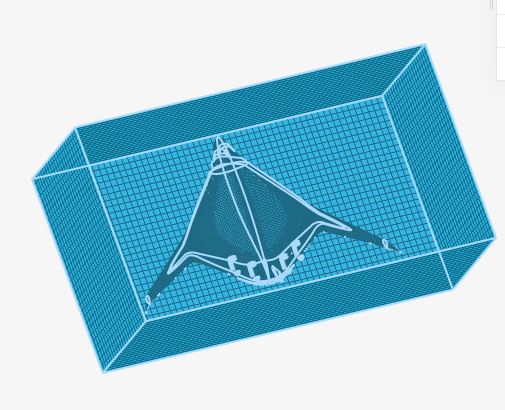 Fig.5: AIR applied over the complete volume of the aircraft

Initial conditions velocity for this simulation is given 500 m/s in Z-Direction. 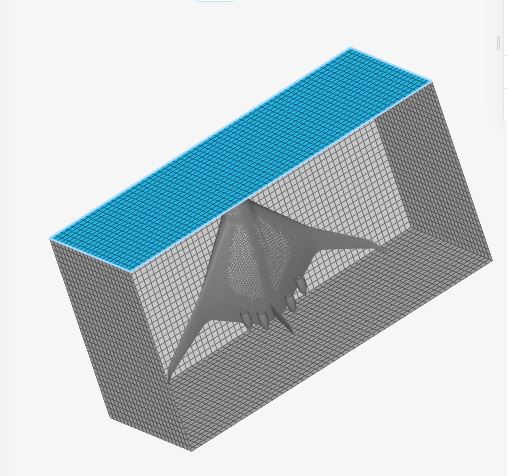 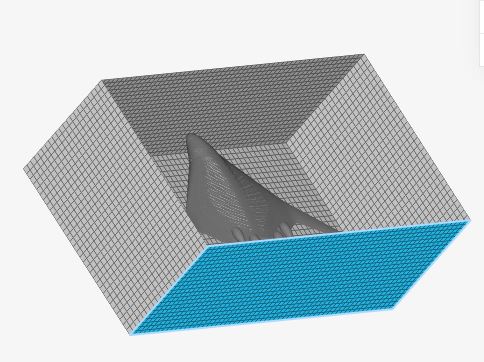 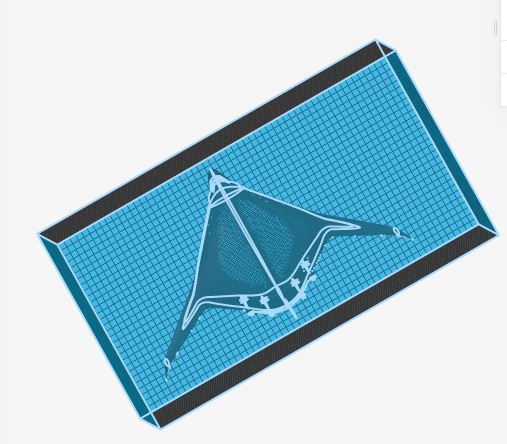 SIMULATION RUNS:
After completing the simulation setup simulation run 1 has been started which took around 184 minutes of time to get done and we got the Following result as shown in the Figure below. 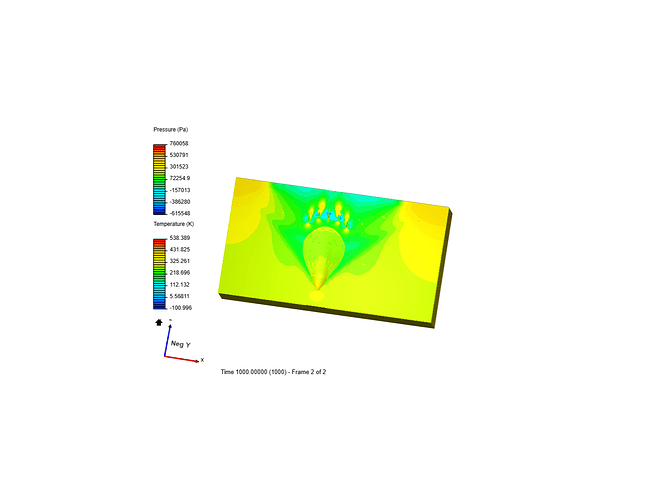 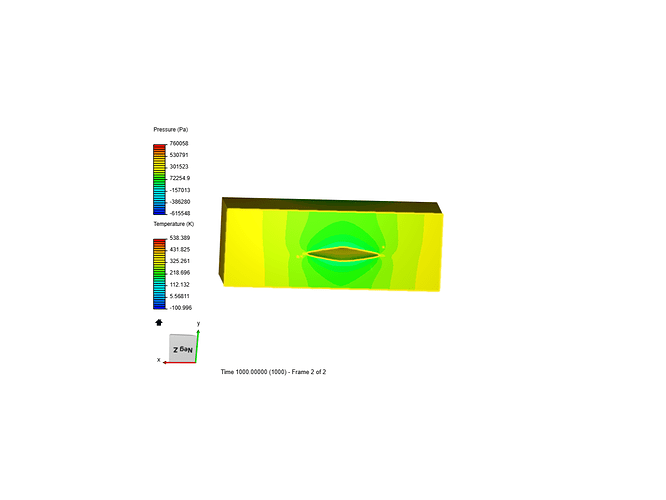 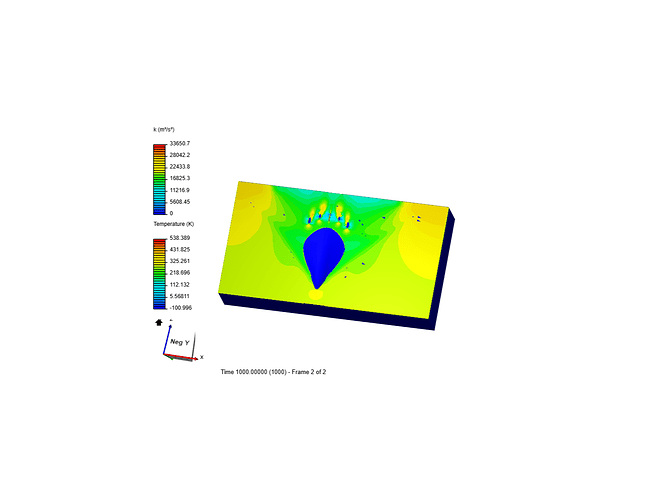 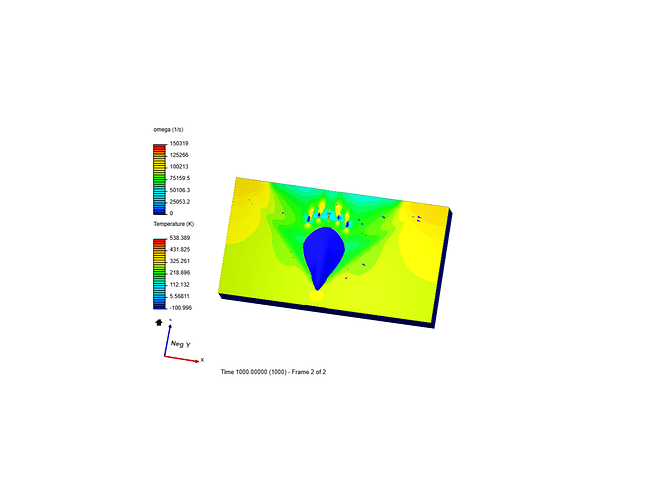 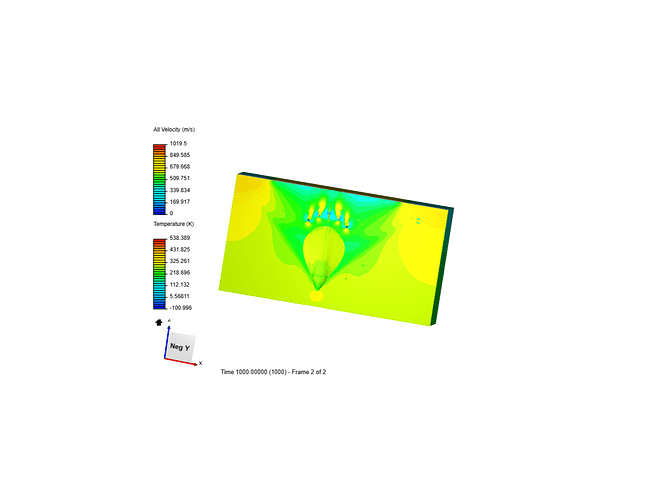 From all of the simulation result we can easily Visualize the Fluid Flow around the Aircraft which can help us in design optimization of the Blended Wing Body Aircraft.

Really cool simulation but I would be a little concerned about what looks like negative temperatures as well as velocities that are much higher than the 500 m/s that you defined. Having looked at your simulation, a couple of thoughts;

Keep in mind that this is all general advice, I don’t have experience in supersonic flows

hi @roy_g
thanks for your advice and I think it would be better if I just try this simulation again with keep all these idea you have given me in mind.

because it is having errors in mesh.

Can you please tell me about this? because I tried this a lot of time with many project but every time I am facing these issue other issue is with particle traces which I never get.

For your mesh, try using a coarse mesh + inflate the boundary layer then send some pictures of it including cross sections and we can see if it looks reasonable.