Hello! My name is Dawson. I am new to FEA software and I am doing a research project for a class. In my project, I have a core between two plates, and I am trying to essentially “crush” the core between the plates by applying a force to the surface of one plate and leaving the other one as a fixed support in a static mechanical analysis. Unfortunately, I cannot figure out how to do this while keeping both plates rigid (i.e. just crushing the core and not deforming either plate). I have a feeling I should be using the “remote force” boundary condition, but this is failing each time, and I don’t know what point I should pick as the remote point. I would really appreciate some help with this. Thank you in advance!

You can simply use fixed support for one side and apply a pressure or displacement for the other side. Just in case this is relevant for you, buckling is something that is not explicitly implemented to our platform but you can use a workaround using a nonlinear analysis. Let me know if you have any further questions!

Thank you so much! I was aware that I could do these things, but my main problem is that I want the plate with the pressure to be non-deformable. Is this possible? I am trying to apply a specific pressure/force to the plate and measure its displacement.

What I could think of is to mesh the side you want to be undeformable very coarse and model it as rigid choosing it as a physical surface with a very high penalty coefficient. @rszoeke, would you agree to that approach or maybe any other ideas?

Hi @dawsonsthomas, @jousefm,
the penalty coefficient has no influence on the stiffness of either contact partner, so increasing that will not help in this regard. Generally there are two approaches:

If you actually are interested in the force-displacement curve (and the maximum load until it crushes), you should in general rather use a prescribed displacement instead of a force as this will be the more stable solution.

The setup of your simulation was actually correct, the only issue was that the mesh quality was too bad. You used the option “enable quadrangular surface elements” which generates in general pyramid elements and they have a bad aspect ratio on such thin walls.

I actually copied your project and added 2 simulations, one with your BC setup and prescribed force and the other with a prescribed displacement.

The main things I changed were:

Some impressions on the results: 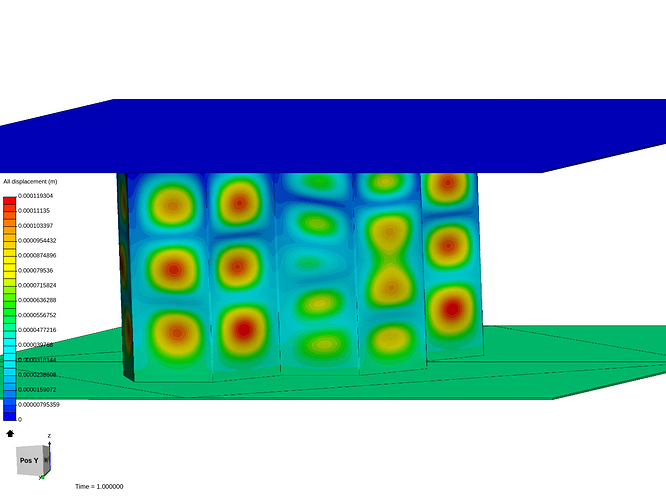 Comparisons of the force-controlled vs. displacement-controlled simulation show the same buckling point: 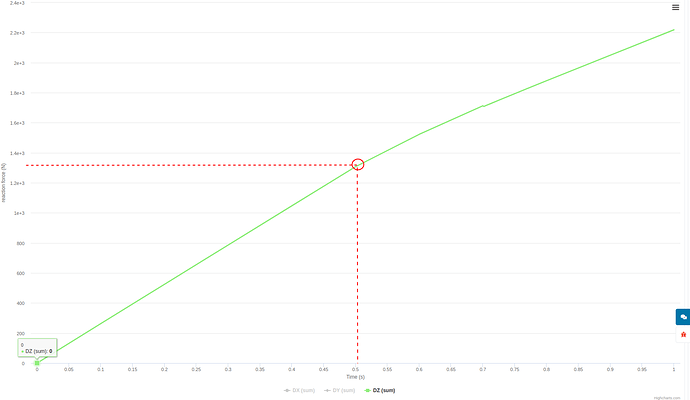 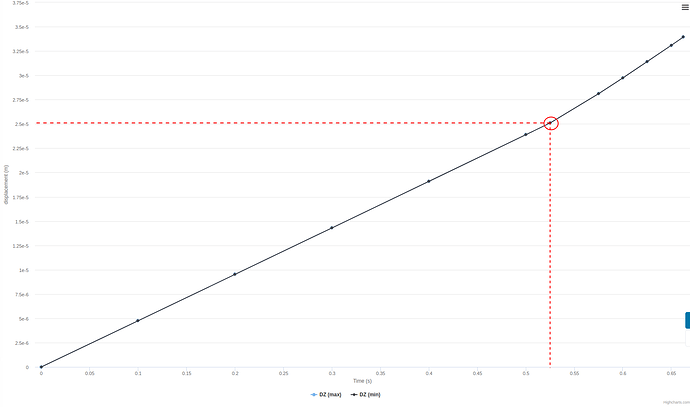 You can check out the project setup and the result in detail here.

Thank you so much Richard and Jousef! I could not have asked for a more helpful explanation. SimScale is always going above and beyond, and they have provided unwavering support in my first experience with this type of software. I really appreciate this. Thank you!